"The pain and feelings of missing you have never left us."
Save article
ByStephanie Grassullo
Associate Editor
PublishedSep 2018 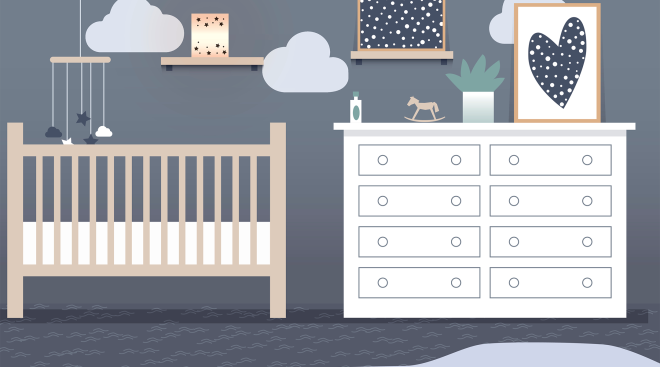 “Five years ago today, our world fell apart around us. That was the day you grew your wings. The pain and feelings of missing you have never left us.”

That’s the heartwrenching message one British mother has for her baby, Preston, who was found unresponsive in his crib five years ago. After a crib bumper led to the nine-month-old’s suffocation, she was determined to fight through her pain, on a mission to raise awareness on sleep safety.

The grieving mom took to her Facebook page made in memory of her child, called Justice for Preston, to honor her son’s anniversary. Her emotional post has since been shared more than 20,000 times, proving her message is stronger than ever.

The tragic morning started off just like any other day. But when the mother heard her partner let out a moan unlike any other, her world was forever changed.

“A minute later, I heard a moan. The only way I can describe it is like a wounded animal… Seconds went by and my stomach dropped. I felt the dread I should’ve felt earlier. I shouted, ‘what?’ No reply. ‘What?’ Again, the feeling of dread got stronger, so I ran up the stairs. That’s when my life changed,” she says.

The mother recounts the horrifying moment, saying it was as if time had stopped. “I screamed. Screamed like I’d never screamed before, and ran down the stairs still screaming and grabbed the phone from the dock at the bottom and dialled 999.”

The woman explains all the different emotions that ran through her body, but one feeling managed to outweigh the rest: Guilt.

“I felt like it was my fault and guilt ate at me,” she shares.

The mom knew from the start the only way to handle this tragedy was to make something good come out of it.

“That night I couldn’t stay at home. I stayed with a friend and I vowed I would make some good come from this. When I got home, I opened the laptop and googled, ‘cot bumper deaths.’ There was loads. I felt sick,” she recounts.

Although she may have seen it too late, she was determined to ensure other parents knew of the dangers of crib bumpers.

“That’s when I made this page. There was no time to lose and I knew bumpers were on cots all around the world. I needed to reach people immediately, and that’s what we did.”

“Five years later Preston’s death wasn’t in vain. He died for a reason. Advice has changed, laws have changed all because we stood up," she says. "Despite the changes made, babies have still died unnecessarily. If there’s ever a day to save a life, it’s today.”

Preston’s mom isn’t the first to have to cope with this nightmare. Although crib bumpers are meant to protect baby, studies show they have an opposite effect. The American Academy of Pediatrics currently doesn’t recommend crib bumpers because of the concern of Sudden Infant Death Syndrome.

Be aware of the dangers bumpers present so the same awful tragedy doesn’t have to happen again.