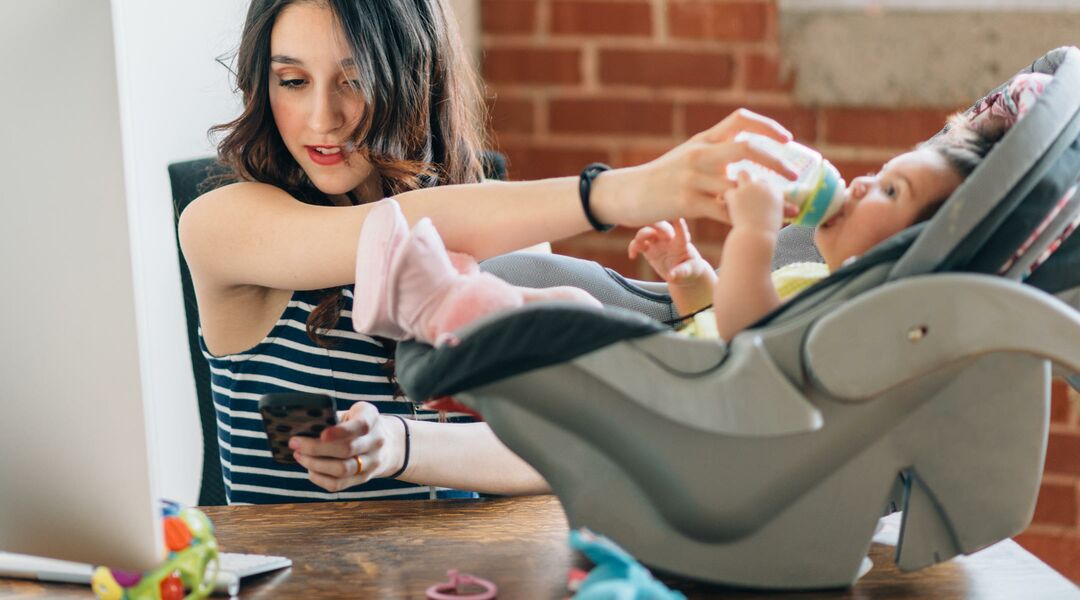 While motherhood can be completely overwhelming at times, your time management skills become better than ever. And multitasking becomes second nature. Still, not all employers are getting the message about these marketable skills. Moms in the United States make an average of 29 percent less than dads.

The discrepancy is even worse when broken down by race. The National Women’s Law Center calculates African-American mothers make 51 cents for every dollar African-American fathers make. For hispanic moms, that figure drops to 46 cents. So Allison Robinson, founder of The Mom Project, decided to do something about it.

The Mom Project helps connect accomplished professional women with employment opportunities that align with their goals. (We’ve covered a similar initiatve, The Second Shift, before.) And they’re raising awareness with a new campaign called Mom Up America.

The campaign is urging people to contact their representatives about prioritizing policies for working families. Nervous or hesitant to speak up? The campaign’s video reminds you why you can do it.

“If I can push a 9-pound baby out of my lady parts, I can push the envelope at work,” one mom says.

“I lost six weeks of sleep the year my first daughter was born; I’m pretty sure I can burn the midnight oil,” another adds.

See? It’s all about perspective. Still, when it comes to talking about work policies and fair compensation with a manager, it’s easier said than done. With that in mind, if you are searching for new employment opportunities, know that resources like Fairygodboss exist, allowing you to see posts about company culture and policies from the perspective of women and new moms.

Q&A: How Do I Deal With Going Back to Work?