She just has one request for you.
ByChristine Cordova
Associate Social Editor
PublishedSep 2016 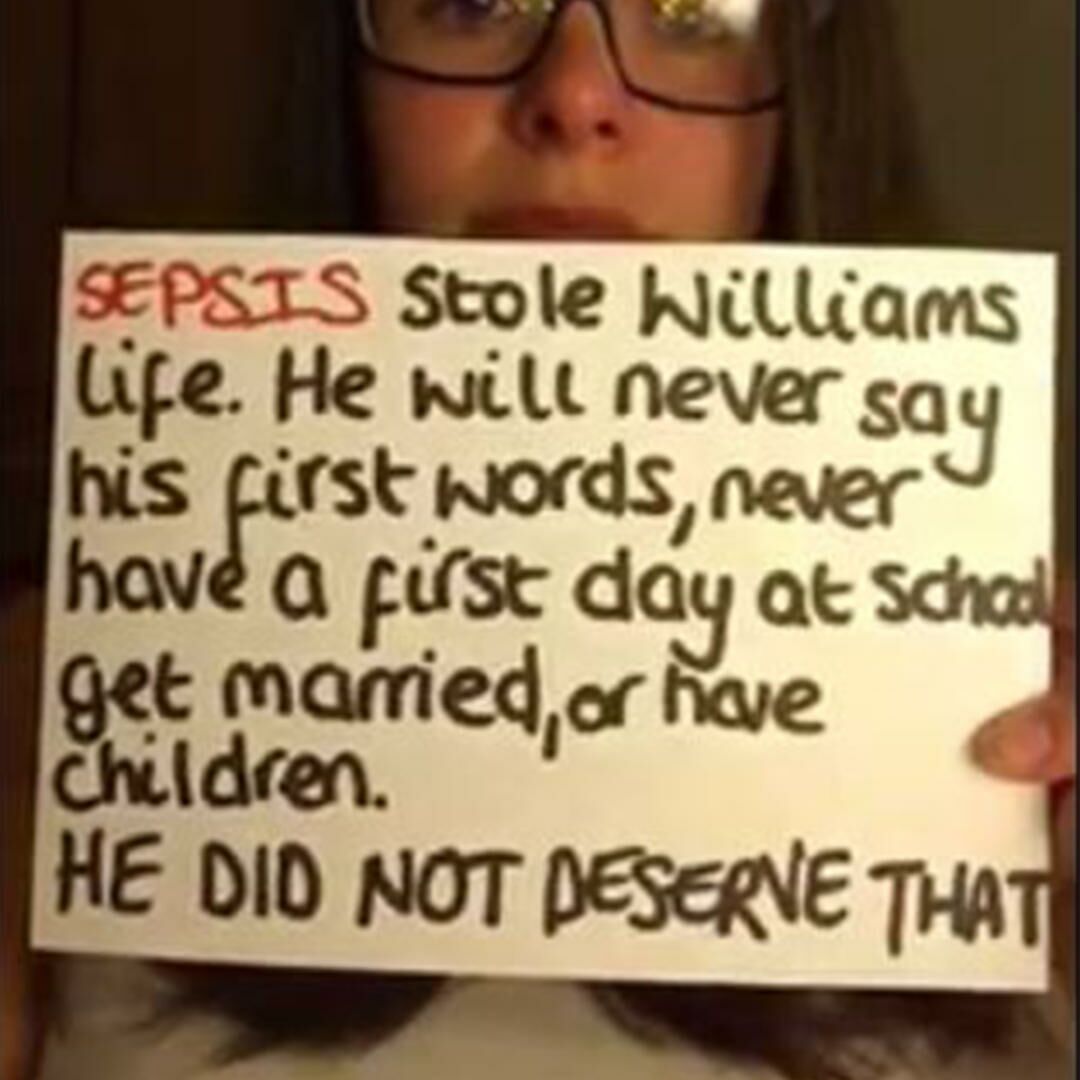 Another heartbreaking story of a child’s death is making its rounds on social media. This time, however, there are no spoken words from a grieving mom—just a series of cards that tell the story of her son William and his death.

“Hi, my name is Melissa and I am the mother of two children,” Mead begins. She introduces her son William by holding up a photo of him, followed by a slide introducing his ‘little sibling’ (due this month), holding up a sonogram. “I will never have a picture of them together,” Mead continues. “Because William lives in Heaven now and they will never meet.”

Soon after his first birthday in October 2014, William was diagnosed with a chest infection and pneumonia. As a result, William contracted sepsis. He died at one year and 17 days old.

“No one mentioned sepsis before William died. The first time I saw sepsis was on William’s death certificate,” Mead says.

Sepsis is a complication that can occur as the body tries to fight infections. Sepsis can lead to tissue damage, organ failure and death.

Mead shared the video on Sunday, which now has over 11 million views, as part of a JustGiving campaign in honor of Sepsis Awareness Month.

Mead uses the video to share facts about the condition, including that someone dies from sepsis every 3.5 seconds. Although that is an accurate statistic for the UK, where Mead and William lived, it’s much higher than the sepsis rate in the US: one death every two minutes. Sadly, this is the second sepsis-related death we’ve reported on from the UK—the first being 2-year-old Faye last winter.

Anyone can contract sepsis as a result of infection, but those over age 65 or younger than one year are most susceptible. In the UK, sepsis is the leading cause of death among pregnant women. Vaccinations can help prevent against sepsis, specifically the Pneumococcal Conjugate Vaccine (PCV13), which is first administered to baby at 2 months.

“I promised William that I would raise awareness of sepsis as I could,” Mead writes. “So I’m asking you to help me keep my promise.” Mead ends the video by offering viewers three options for joining the fight against sepsis:

Although not all life-threatening conditions can be prevented by vaccinations, they are key to protecting baby’s health. Here is a list of the vaccinations baby will need (and when) the first year.