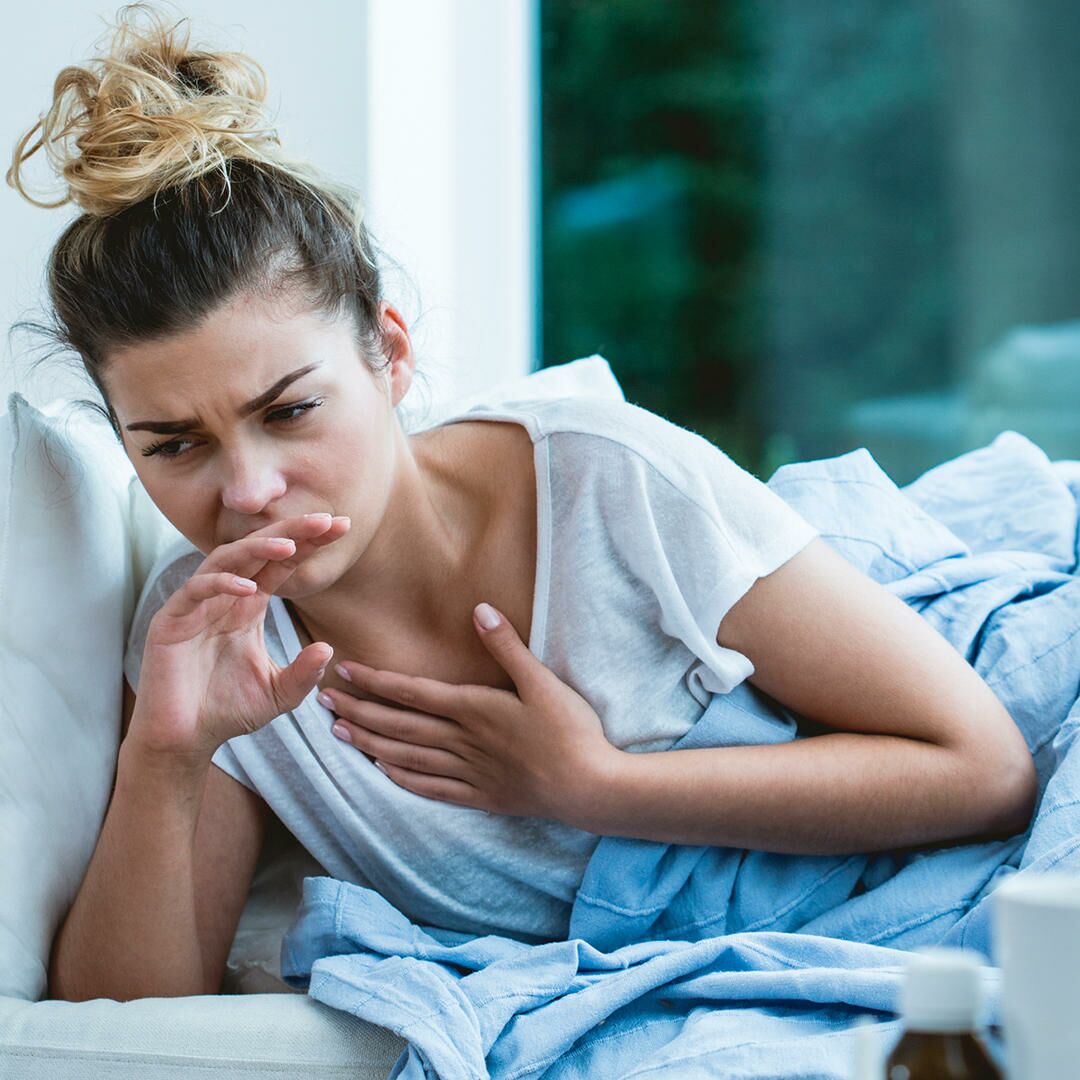 Next time you’re sidelined with a bout of pregnancy nausea or rushing to make it to the toilet, take a minute to thank your lucky stars. Your pregnancy is probably a healthy one.

That’s the verdict from a recent National Institutes of Health (NIH) study, which looked at 797 women—whose pregnancies were confirmed with hCG tests—and who had all previously expereinced at least one loss.

The study, published in JAMA Internal Medicine, was actually an analysis of data collected for a completely different clinical trial. But that trial, a study about aspirin use during preconception and pregnancy, asked women to complete a daily symptoms diary. And researchers were able to draw some important conclusions from those symptoms: Women who reported nausea and/or nausea and vomiting were 50 to 75 percent less likely to miscarry than women who didn’t feel sick.

This isn’t the first time a study has suggested a link between morning sickness and a reduced miscarriage risk. But the NIH calls this research “the strongest evidence to date,” in part because it controlled for factors like previous loss, chromosomal abnormalities and alcohol intake during pregnancy.

Researchers still can’t pinpoint exactly why nausea may play a protective role during pregnancy, but they write that a “possibility is that nausea and vomiting are markers for viable placental tissue.”

By week eight of pregnancy, 57.3 of the women surveyed experienced nausea, while 26.6 experienced both nausea and vomiting. But all pregnancies are different. Not all women will experience morning sickness, and not all women who do will carry to term. If you are part of the majority feeling under the weather, we may be able to help. Check out our tips for combating morning sickness here.

Q&A: Does Pregnancy Cause Memory Problems?

How to Help Your Partner Feel Baby Kick

How to Cope With Sciatica During Pregnancy

Back Pain During Pregnancy

Will Pregnancy Change Your Feet… Permanently?