Less Than Half of Moms Are Putting Babies to Sleep on Their Backs, Study Finds

There’s a surprising discrepancy between what moms intend to do and what they’re actually doing.
ByAnisa Arsenault
Associate Editor
PublishedAug 2017 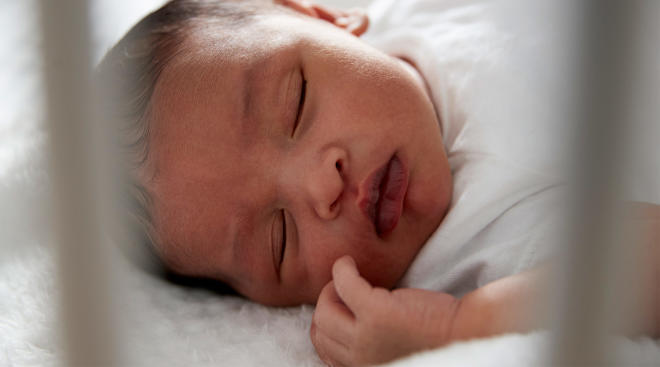 Most parents today know babies should be placed on their backs to sleep, thanks in large part to the efforts of the American Academy of Pediatrics and initiatives like Safe to Sleep. But in a surprising new study, researchers found that a majority of moms aren’t actually following through on safe sleep recommendations—and they looked into the reasons why.

The study involved 3,297 US mothers, with an oversampling of African American and Hispanic moms since minorities were underrepresented when the AAP ran the study a decade ago.

So what’s going on? First, some moms say it’s not up to them, but rather up to another caregiver, like a grandparent who insists stomach-sleeping is best. Second, other moms worry about their baby’s comfort and safety, thinking babies can choke while lying on their backs.

According to the AAP, however, that’s an unfounded fear. “Some parents worry that babies will choke when on their backs, but the baby’s airway anatomy and the gag reflex will keep that from happening,” guidelines read. “Even babies with gastroesophageal reflux (GERD) should sleep on their backs.”

Wondering how long you should keep baby on his back? The AAP says through baby’s first birthday—both for nighttime sleep and naps, because it’s the simplest way to reduce SIDS risk.