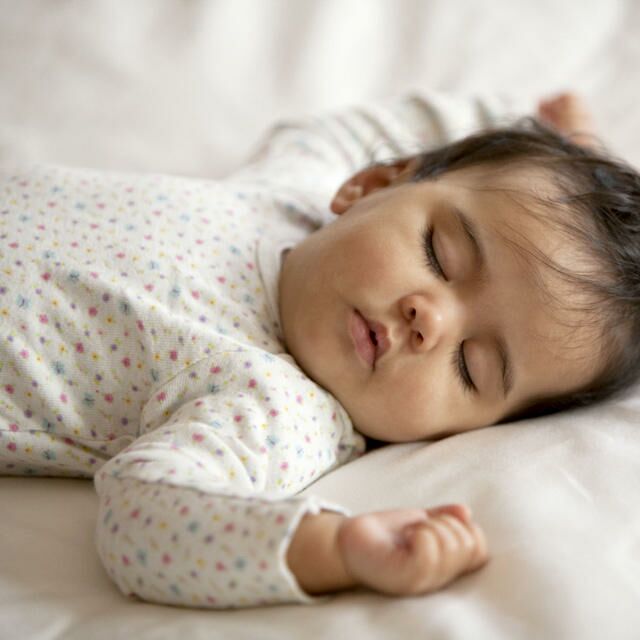 When new parents manage to get baby to fall asleep, it’s cause for celebration. But not all sleep environments are created equal. In fact, a new report from the American Academy of Pediatrics (AAP) found that most babies are placed in sleep positions and environments that aren’t safe.

During the study, published today, researchers video-recorded 167 1-, 3- and 6-month-old infants as they slept in their homes—and discovered that the majority of parents put babies at risk by positioning them on their sides or stomachs or on unsafe sleep surfaces.

Across the three age groups observed, 87 to 93 percent of babies had hazardous items on their sleep surface (like bumper pads, pillows, stuffed animals and sleep positioners), 14 to 33 percent were not put on their backs (the recommended sleep position for infants until they are able to roll over on their own) and 10 to 21 percent were placed on non-recommended sleep surfaces (including soft surfaces, areas with loose bedding or shared beds).

What’s more, 12 to 28 percent of babies were moved to a different sleep location overnight—and were more likely to end up in a riskier sleep environment (like in parents' bed) than when they began the night.

The AAP study is the first to use video recordings of parental behavior instead of relying on self-reported surveys, and its findings suggest that more parents are not following AAP sleep recommendations than previously thought. For example, the most recent National Infant Sleep Position Study found that 13.5 percent of babies are placed in a shared bed, whereas the AAP findings point to a reality closer to 16 to 28 percent. The big takeaway? Although the AAP has been educating families about sleep risks since 1992, more needs to be done to raise awareness about safe sleep practices for babies.

Sleep-related infant deaths, including sudden infant death syndrome (SIDS), accidental suffocation and strangulation in bed, are the most common causes of infant mortality. By definition, SIDS has no known cause—but there are things you can do to decrease the risks. The AAP recommends always laying baby on his or her back to sleep, getting a firm crib mattress, avoid leaving any toys or extra bedding in the crib, and placing baby in his or her own bed in a smoke-free environment. It’s important that baby sleeps in a bed specifically designed for infants. Trying to figure out which bed is best? Check out The Bump ’s guide to buying a crib.