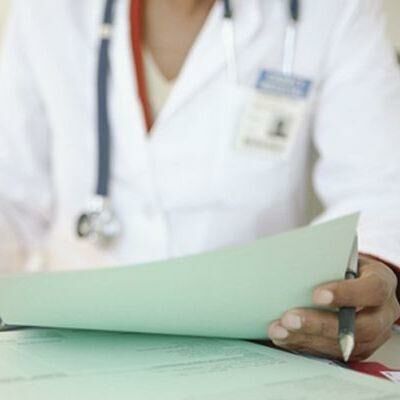 Cringing at the thought of poking and prodding baby with too many needles at one appointment? You both might get some relief; a new survey found that most doctors give in to parents who ask to delay their children’s vaccines, although they wouldn’t recommend it.

The survey, published in the journal Pediatrics, asked 534 primary care physicians how often parents delayed children’s vaccinations during 2012. 93 percent reported they were asked to delay vaccines for kids under two at least once a month. A third of doctors said they “often” or “always” gave in, and another third responded “sometimes.”

The downside? Doctors worry this delay will put young children at risk for preventable ailments like measles and whooping cough. But their concession is for the sake of maintaining a good relationship with their patients.

"At some level, you’re ceding your expertise, and you want the patient to participate and make the decision,” pediatrician Paul A. Offit, MD, tells The New York Times. “You have to be willing to stand back and watch them make a bad one.”

That doesn’t mean he’s happy about it.

“It is sad that we are willing to let children walk out of our offices vulnerable to potentially fatal infections,” he says. “There’s a fatigue here, and there’s a kind of learned helplessness.”

But just like primary care physicians won’t let go of a patient for smoking, it’s rare that pediatricians will turn away babies on a delayed schedule. Vaccine refusal, however, might be a different story.

“If they aren’t getting their act together to even start the process, I’ll discharge them within 30 days,” More tells The New York Times. What about requests for vaccine delays? “I do allow that most times,” she says. “The reason is, ultimately they will get vaccinated.”