There’s one simple thing you can do to avoid the same mistake.
ByAnisa Arsenault
Associate Editor
PublishedSep 2016 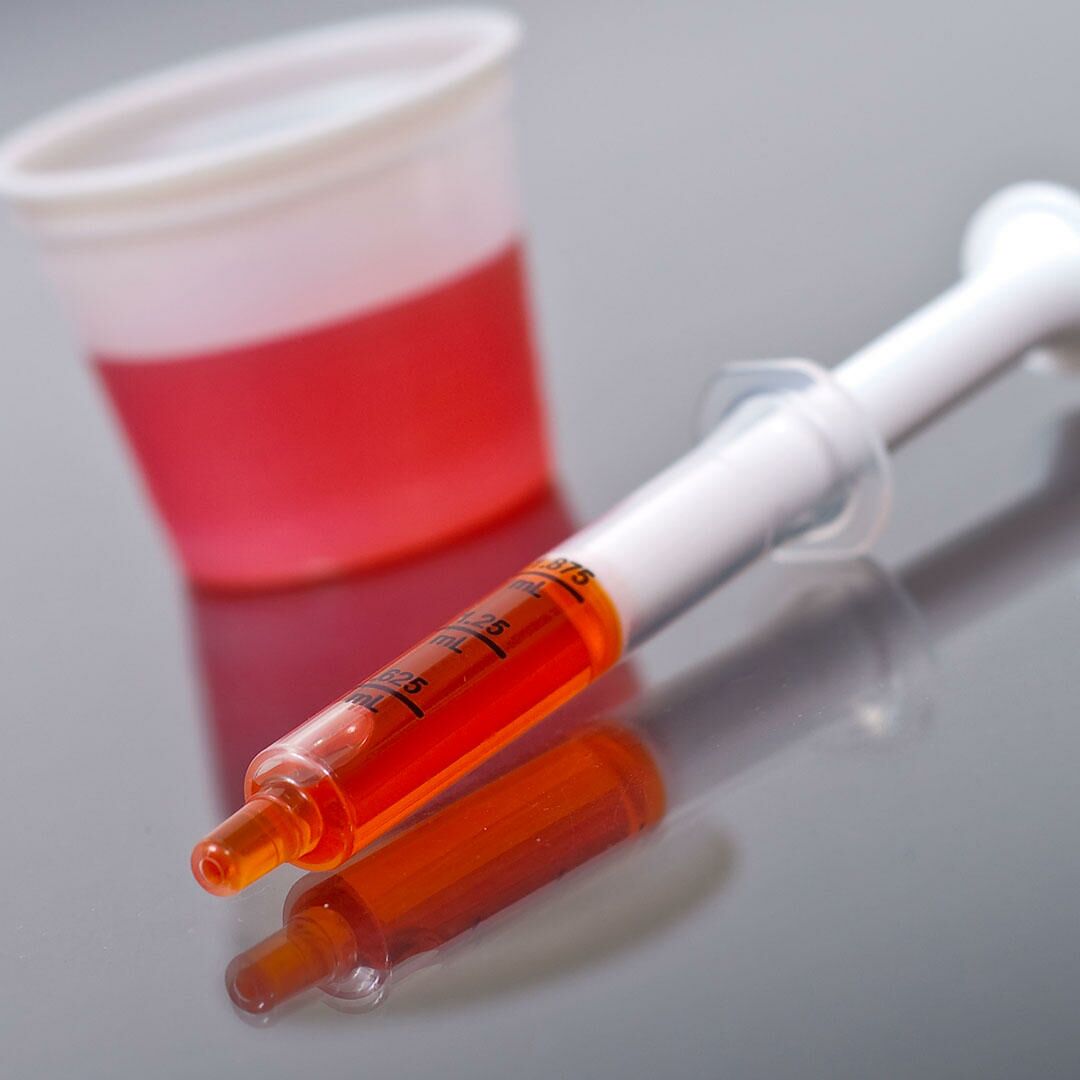 Whether it’s over-the-counter medicine or a prescribed antibiotic, any drug your child takes needs to be administered very carefully. When you’re dealing with such small dosages, even a little bit extra can have big repercussions. And a new study came to an alarming conclusion: Five out of six parents are making dosage mistakes.

Even when measuring out medication under the supervision of study leaders, 84 percent of the parents involved made at least one error. And 21 percent made significant ones, inadvertently doubling the dosage.

Why is this happening? Researchers of the study, published in the journal Pediatrics, think the measuring tool is partially to blame. After asking 2,110 parents to measure out nine different doses of medication (three different amounts using three different tools), they determined more errors were made when using a medicine cup than a syringe. (Two different syringes—one with 0.2 milliliter increments and another with 0.5 milliliter increments—were used, and posed no significant differences to accuracy.)

Pouring past the measuring line in a wide cup will cause a larger error than the same mistake in a narrow syringe. In fact, parents were four times more likely to make a mistake with a cup compared to a syringe. They were also more likely to administer too much medication when given a measuring tool with both milliliters and teaspoons. (The American Academy of Pediatrics advises all liquid medications to be dosed out in milliliters.)

According to Safe Kids Worldwide, 447,037 medicine-related calls were made to poison control centers for children ages 5 and under in 2014, the most recent data available. Only about 13 percent of these calls were because of a dosing error—most incidents occurred because kids accidentally got their hands on medications. Still, the organization says measurement errors can be avoided if parents stop using dosage devices “other than the one that came with the medicine,” citing teaspoons and kitchen spoons as some of the alternatives commonly, yet erroneously, used.

While study authors ultimately advise parents to exclusively measure with a milliliter syringe, it’s important that parents of children under 2 always consult their pediatrician before administering any medication, including OTC remedies. They’ll use your child’s weight to determine the correct dosage, if any.