The Hilarious New Series Every Parent Should Be Watching

Prepare for funny parenting faux pas, casual swear word slip-ups and tips on how to sneak sex into you and your partner’s parenting routine.
Save article
ByStephanie Grassullo
Associate Editor
PublishedNov 2018 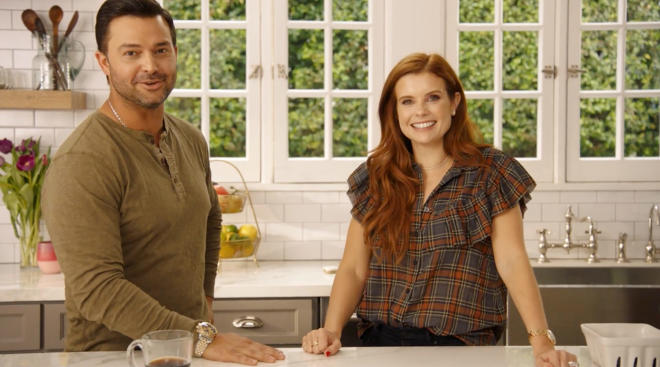 Motherlucker, an online space designed for unapologetic parenting, launched a hilarious new series which shows the real, nitty-gritty side to parenthood.

“Motherlucker: Got A Sec” can be streamed on Facebook Watch, where the first episode recently aired. Episode 1 features actress JoAnna Garcia Swisher and her husband, former MLB player, Nick Swisher.

In the four-minute video, the couple packs lunch for their kids, while they discuss the ins and outs of their relationship. Meaning, how the heck they manage to fit in any time for a little intimacy. The secret to their sex life? “Make it happen quick,” Swisher says. The shower is where most of the magic happens for the pair.

“This series is hilarious, entertaining and, more importantly, showcases the many ups and downs of parenthood,” says the show’s creator, producer and host Yael Cohen Braun. “It’s so easy for parents to feel inadequate, but at the end of the day, we are all doing our best for our kids. “Motherlucker: Got a Sec?” shows the real and raw side of parenting, allowing us to better support one another.”

Click here for more information on the series so you don’t miss out on any of the laugh-out-loud moments that are sure to ensue.