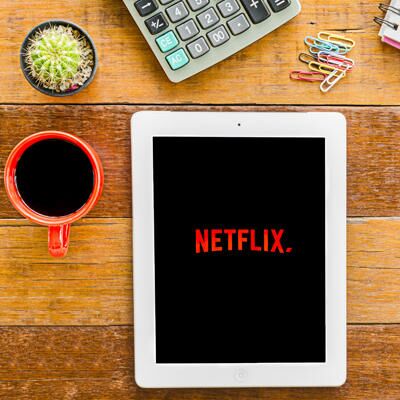 UPDATE: In response to backlash about its seemingly amazing parental leave policy — which didn’t include hourly employees — Netlix has extended its coverage to workers not on salary. Employees in the DVD division will get up to 12 weeks of paid leave; customer service 14 weeks; and hourly streaming-division employees 16 weeks. It’s notable, however, that this still doesn’t compare to the ‘unlimited’ leave offered to corporate workers.

Last summer, Netflix announced that it was offering its employees — male and female — unlimited, paid parental leave following a birth or adoption. Everyone has gone nuts over this news. It’s a sign of things to come. It’s “game-changing.” It “raises the bar” for other employers. It’s “symptomatic of a broader cultural shift.” Competitive (although nowhere near Netflix) maternity leave policies at Johnson & Johnson, Accenture, Blackstone Group, Facebook, and Google are being referenced as further signs that America is finally solving its parental leave problem.

I’m gonna be honest: this narrative scares the daylight out of me.

Here’s why: If you work for Netflix, you are probably already pretty privileged. Don’t get me wrong. You work your butt off. But in the grand scheme of things, here are my assumptions:

In other words, all in all, in the American context, you were already doing pretty well.

Let me be clear that if you work at Netflix or a similar company, new motherhood is still bloody hard, and expensive, and stressful, and  I do not begrudge you this new thing. I am so, so happy for you, because it’s what everyone ought to have.

What scares me is that the narrative is now: “America is finally changing when it comes to working parenthood!”

Yes, the women in these middle-to-upper-middle-class-salary-paying corporations struggle when they have to go back to work after 12 or 16 weeks. They struggle to keep up with work and business travel and pumping breast milk. I sure as hell did. It was one of the hardest things I’ve ever done.

But I’ve learned, in the five years since I had my first baby, that my experience is not the part that needs to be fixed most urgently.

I talked with a waitress recently who told me that even if her boss did let her pump at work, she’d lose tables and tips if she took time to do so, and with a new baby at home, she couldn’t afford to do that. I talked with a hair stylist who had to go back to work — to a job that would have her on her feet all day — at six weeks postpartum, and was trying desperately to store up enough extra milk to feed her baby on her first day back at work, while also trying to figure out where, in an open-plan salon, she could possibly pump. I talked with a dog groomer who lost clients if she took pumping breaks, and those breaks took extra long for her because first she had to GET ALL THE DOG HAIR OFF HERSELF so it wouldn’t get into her baby’s milk.

For these women and millions of others, the Netflix decision is not “game-changing.” Unless the game is only for white-collar workers. Because, guess who is nowhere near seeing this decision as “game-changing?” The thousands of workers in Netflix’s profitable DVD service, which a spokeswoman confirmed will not be included in this a-ma-zing new parental leave policy. The workers in the DVD business? Mostly lower-educated, wage-earning people. They will get one month of paid leave with their babies.

When companies like Netflix make big headlines for paternal leave for their white-collar workers, the media helps to create a false sense of victory. Policies like the one at Netflix will never change what life looks like for that waitress, for that hair stylist, for that dog groomer, or, apparently, for that DVD worker at Netflix. Every headline that screams that America is finally “getting it” when it comes to maternity and parental leave, all because of Netflix, is ignoring most of America. Is sending the message that it’s only educated, high-end workers whose parenthood has value. And is letting the people who are supposed to care about families — politicians — off the hook.

As long as we leave new mothers’ rest, recovery, bonding time and financial stability in the hands of corporations, those things will never reach the segment of the population that needs them most. The Netflix white collar/DVD worker split is as clear a microcosm of that dynamic as any. This country has to stop shirking its responsibilities to mothers and to babies. Case in point? Many in the business community have made it clear that they are anti-paid leave. In 2007, the VP of the US Chamber of Commerce said that the business community was ready to wage an “all-out war” against paid maternity leave.

So by leaving it to businesses to decide whether mothers get the leave that all but two other countries on the globe agree we need, we are ensuring that the most vulnerable of us get nothing, while we celebrate “progress” made for those of us — like me — who already have enough to get by.

Long story short: If there were some kind of cosmic motherhood bank and I worked at Netflix, I’d vote to keep my 12 weeks of leave and a storage closet to pump in, with no one giving me shade about it, and hand back the rest to ensure that the DVD worker and the hair stylist actually get to spend five seconds with their babies before going back to work.

So…are you ready to do something?