And incorporate peanuts into your breastfeeding diet too.
ByAnisa Arsenault
Associate Editor
PublishedSep 2017 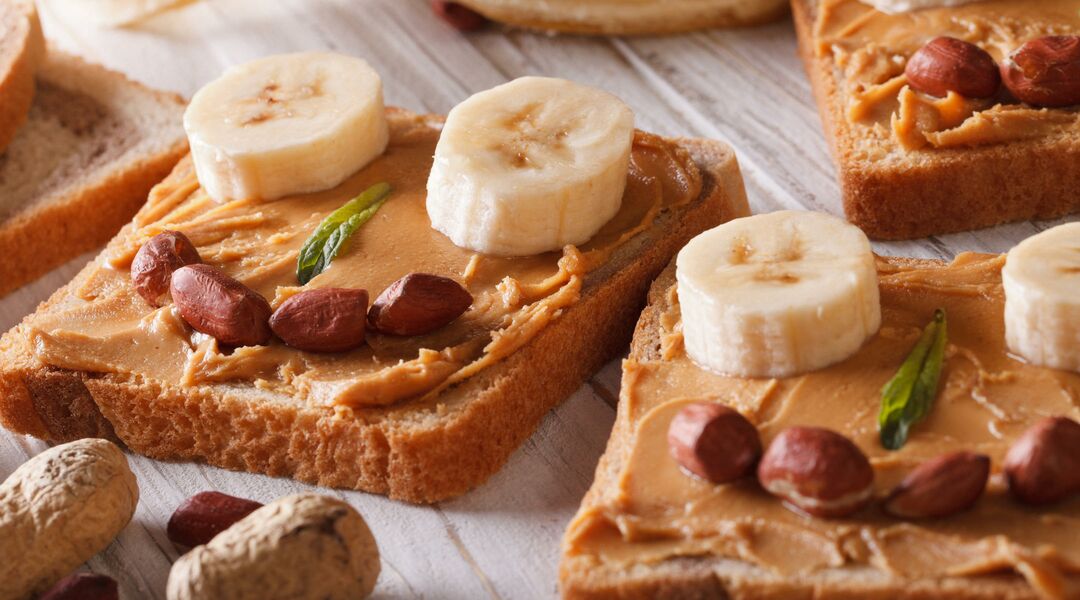 We’ve heard before that introducing certain allergenic foods early can help stave off an allergy—peanuts, first and foremost. Now, new reseaerch shows indirectly introducing peanuts can have a preventative effect as well: Eating peanuts while breastfeeding an reduce your child’s allergy risk.

A new study published in the Journal of Allergy and Clinical Immunology found that children were five times less likely to develop a peanut allergy if their moms ate peanuts while nursing and introduced nuts before one year old.

Introducing peanuts before baby’s first birthday is a recently-approved tactic. Earlier this year, several health organizations put their heads together to verify this its effectiveness—and to create rules to help parents safely do it. The National Institute of Allergy and Infectious Diseases (NIAID) teamed up with representatives from organizations like the American Academy of Pediatrics, the American Academy of Family Physicians and the American Academy of Allergy, Asthma & Immunology to come up with an official recommendation. The result of this meeting? “Addendum Guidelines for the Prevention of Peanut Allergy in the United States,” published in the Journal of Allergy and Clinical Immunology.

The guidelines fall into three categories:

1. Infants deemed at a high-risk of developing a peanut allergy

If a baby has severe eczema, an egg allergy or both, he or she belongs in this category. Experts recommend checking with your pediatrician before making any peanut introductions. The doctor may administer a skin-prick test to decide how to proceed. If parents are given the green light, they should introduce peanut-containing foods as early as 4 to 6 months to help prevent an allergy.

2. Infants with mild or moderate eczema

Parents should feed these babies peanut-containing foods right around 6 months.

Parents should introduce peanut-containing foods as early as they see fit.

The NIAID-funded Learning Early About Peanut Allergy (LEAP) study, a randomized clinical trial involving more than 600 babies, helped frame these guidelines. The study demonstrated an 80 percent prevention effect when peanut products were consumed regularly from ages 0 through 5, compared to not at all.

Paul Ehrlich, MD, pediatric allergist at NYU Langone Medical Center, tells The Bump that gradual introduction of peanuts won’t prevent allergies in every case. But it’s worth a try.

“The test that we do is falsely positive about 30 percent of the time,” he says. “We really ask about family hisotry. If there’s a family history of peanut allergies, we start the child on peanut butter in small amounts, giving it to them about three times a week.”

Reducing peanut allergies, which affect about 2 percent of US children, can also lower serious—and sometimes fatal—reactions like anaphylaxis.

If Your Child Has Allergies, You'll Want to Download This Plan

When Can Baby Have Benadryl?