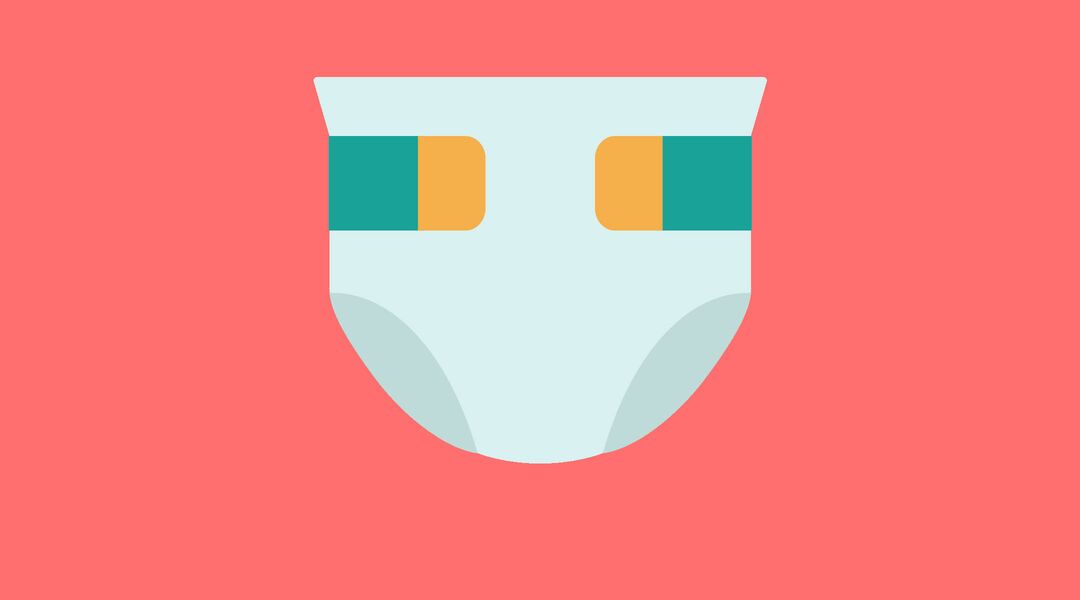 When you think of the first few hours after birth, you probably picture yourself holding your newborn baby. Maybe you have tears streaming down your face, or baby’s hand wrapped tightly around your finger.

What you probably don’t picture is this:

“Nothing says welcome to motherhood like an adorable squishy baby and a giant mom diaper,” Bacon writes in the photo caption.

Don’t you wish someone had warned you that you and baby would be wearing matching diapers after delivery? That’s what Bacon was trying to do with this photo.

“We all should try and educate, empower and embrace every aspect of childbirth, including moments like this. And do it while having a sense of humor,” she says.

The comments on Bacon’s photo offer an outpouring of support for the new mom.

“Love it. Yes, we have to educate young ladies and men about this. Nothing to be ashamed of. Thank you for sharing,” one user writes.

“Those panties are lifesavers after the giving birth,” another says. “Power to you and your family for posting. I gave birth to my second son three weeks ago and birth is a beautiful thing, but you’re right, no one speaks about the postpartum.”

Two weeks after delivery, Bacon address the other realities of new parenthood.

“It’s cross-eyed delirium, can grease a pan with your hair, surviving off of coffee, touched out by 12:00 pm, and constantly covered in every bodily function imaginable,” she captions the photo.

Between long labor, postpartum bleeding and, what moms seem to fear the most— pooping during delivery—Bacon’s raw photos shouldn’t seem too surprising. Labor definitely lives up to its name. You’re a champion! Some researchers have even considered childbirth a sport.