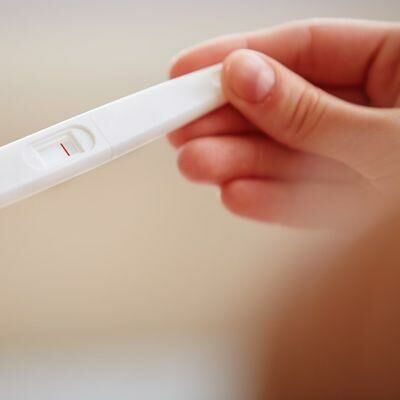 Your pee can reveal a whole lot more than you thought.

You’ve probably heard of the hormone responsible for that plus sign on a pregnancy test: human chorionic gonadotropin (hCG). It becomes present in your urine when an egg implants in the uterus. While its detection is enough to know that you’re most likely pregnant, researchers are realizing that analyzing it can reveal a lot during the first weeks of pregnancy. And they’re finalizing a test that can do just that — the MAP Test.

The test, created by the UK-based company  MAP Diagnostics, works by detecting protein patterns in hCG. Different patterns can mean different things, from chromosomal abnormalities like Down syndrome to miscarriage risk and twins.

Researchers then realized that by using a tool called a spectrometer to spin out proteins form urine, they could test for other patterns indicative of other conditions, from preeclampsia to gestational diabetes and ectopic pregnancy. Any single condition requires its own separate test. However, each test takes just 15 minutes. And you can theoretically send in a urine sample from home, as early as eight weeks into your pregnancy.

Sounds great, right? It’s an exciting advancement, for sure. But as with non-invasive prenatal tests (NIPTs), which make similar detections from a woman’s blood sample, doctors worry about inaccurate results either falsely reassuring or alarming moms-to-be. And that could lead to tough decisions, like whether or not to terminate a pregnancy.

Still, the MAP Test is a welcome alternative to the more invasive amniocentesis, which uses a needle to draw amniotic fluid from a mother’s uterus.