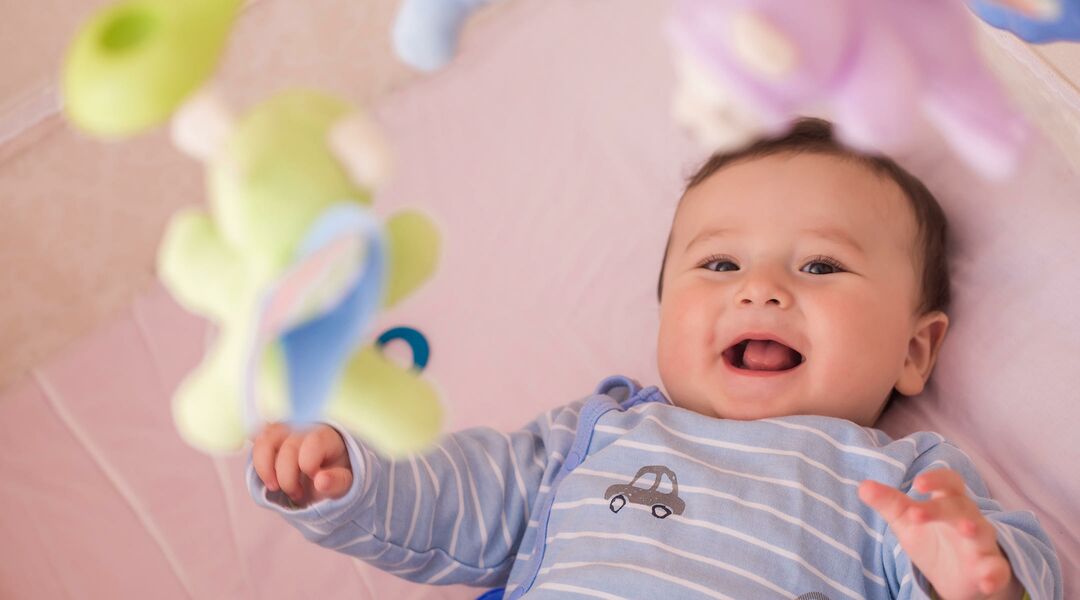 Newborns aren’t about to score 20/20 on an eye test, but new research says they can see more than previously thought. In fact, say goodbye to the commonly-held assumption that young babies can only see in black and white.

Anna Franklin, a color researcher at the University of Sussex in England, tells Science News that while there haven’t been many color studies among newborns, “those that have been conducted suggest that newborns can see some color, even if their color vision is limited.”

Somewhere between the 4 and 6 month mark, babies can better sort colors into five distinct categories: red, yellow, green, blue and purple. Determining this, as reported in the May 23 Proceedings of the National Academy of Sciences, was a painstaking process.

The University of Sussex team worked to coax 179 babies to repeatedly look at two squares of the same color. After displaying these squares over and over, researchers substituted in a new color for one of the squares. If a baby looked at it longer, researchers took it as a sign the infant recognized they were seeing something new. Using this process, they worked their way around the color wheel, trying 14 different colors.

Unsurprisingly, getting babies to focus was hard.

“Sometimes you can have whole weeks where the babies just don’t want to do it,” says researcher Alice Skelton. "What was surprising, for me at least, was how nicely [the division of colors] fell out.”

While this study shows newborn vision is more advanced than previously thought, know that eyesight isn’t fully developed until age 2. It takes time and growth to get used to processing all the information those little eyes are taking in. Curious as to what the world looks like through baby’s eyes? This tool can help.