Here's Why You Can't See This Pregnant Woman's Baby Bump

She and her baby are both totally healthy.
ByAnisa Arsenault
Associate Editor
PublishedOct 2017 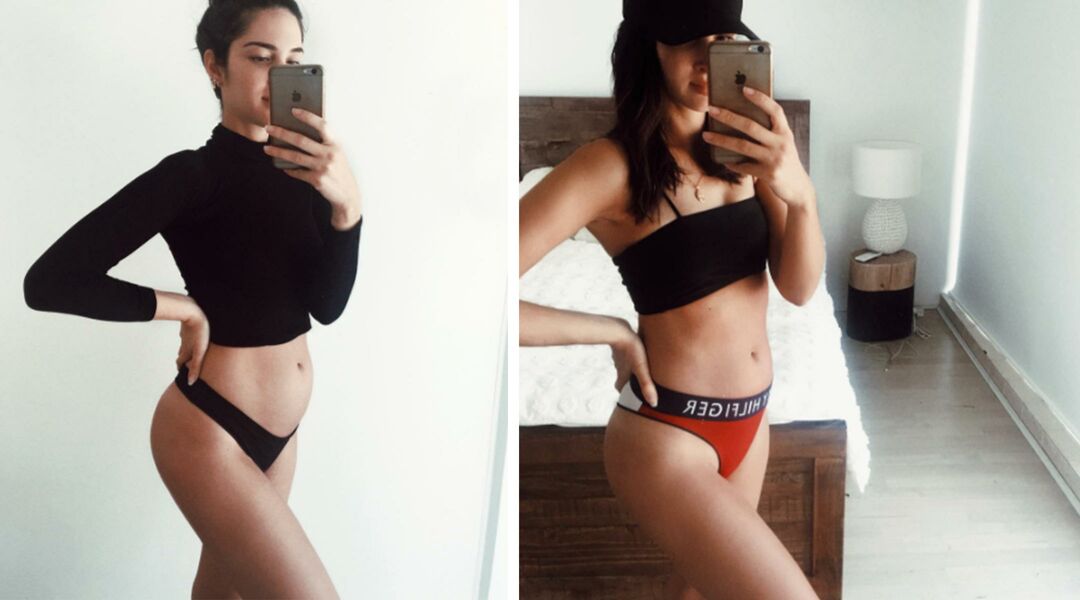 Yiota Kouzoukas made it a point to take bump photos throughout her pregnancy. But something about them was unique: there wasn’t much of a bump at all.

After being inundated with questions on Instagram, she decided to address why her bump doesn’t look like your average pregnant belly.

“For the first four months of my pregnancy, my uterus was retroverted/tilted which means that it was growing backwards into my body rather than outwards,” she writes on Instagram. “Most people with this type of uterus tilt forward at around 12 weeks and continue growing outwards like you normally would. My uterus didn’t ‘flip forward’ until well into being four months pregnant because of the backwards tilted position paired with decade-old endometriosis scarring that I have on my uterosacral ligaments. Basically, these ligaments are acting like anchors keeping my uterus ‘inside’ rather than ‘outside,’ which is why I appeared smaller than most people for the first four or five months.”

A tilted uterus, sometimes referred to as a tipped uterus, affects about 20 percent of women. But it shouldn’t interfere with your pregnancy at all. Like Kouzoukas explains, it will start moving forward midway through pregnancy as baby grows.

Kouzoukas is using her widely-watched pregnancy (she has 209,000 followers) to remind others that every body is different.

Q&A: Does Pregnancy Cause Memory Problems?

How to Help Your Partner Feel Baby Kick

How to Cope With Sciatica During Pregnancy

Back Pain During Pregnancy

Will Pregnancy Change Your Feet… Permanently?