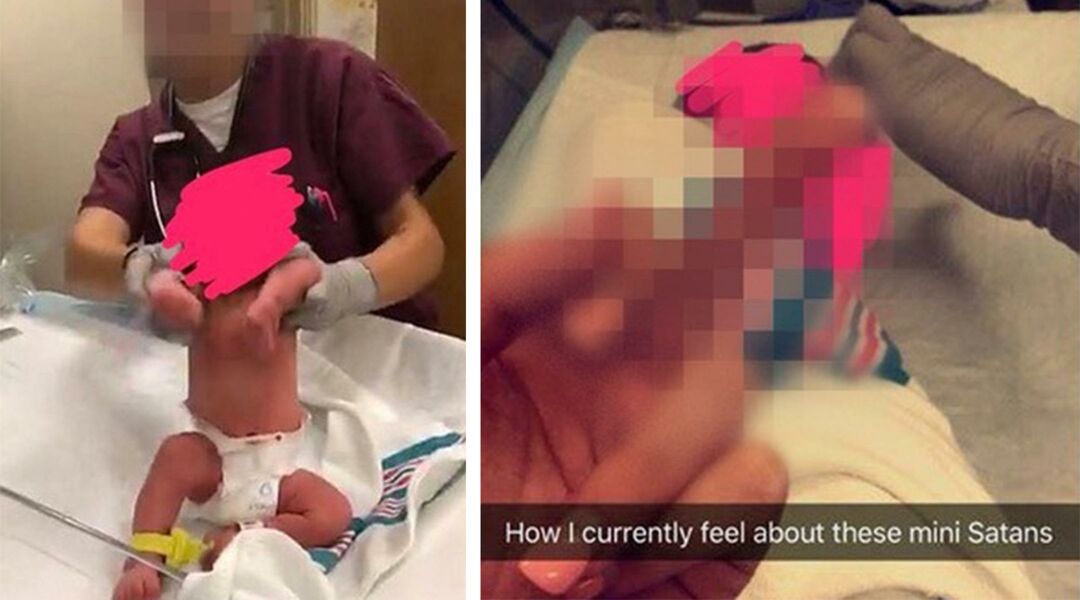 With all the unknowns of labor and delivery, trusting the medical professionals responsible for your newborn’s care should be the least of your worries. That makes the recent news about two navy hospital employees sharing inappropriate social media posts of the babies in their care so upsetting.

ABC affiliate WFTS Tampa Bay reports two employees from Florida’s Naval Hospital Jacksonville—one described as a ‘navy nurse’—have been removed after sharing disturbing Snapchats on Monday. In the first, an employee is giving the middle finger to a baby, posting the caption, “How I currently feel about these mini Satans.” In the second, a video, an employee is holding a newborn and making the child dance to rap music.

The Snapchats were screenshotted and shared on Facebook, where they went viral.

According to the Naval Hospital’s Facebook page, the employees have been identified as junior enlisted staff. They have both been removed from patient care and will be penalized.