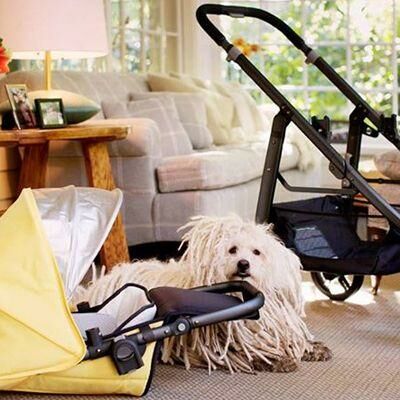 Facebook CEO Mark Zuckerberg announced he’ll be taking two months of paternity leave once his daughter arrives (that’s actually only half of what Facebook allots new moms and dads). And as he did with the baby announcement, he took to Facebook to share the news, sharing a photo of the family’s dog Beast with the stroller.

“Priscilla and I are starting to get ready for our daughter’s arrival. We’ve been picking out our favorite childhood books and toys,” he writes. “We’ve also been thinking about how we’re going to take time off during the first months of her life. This is a very personal decision, and I’ve decided to take 2 months of paternity leave when our daughter arrives.”

Citing studies that show longer parental leave is linked to better outcomes for newborns and families, Zuckerberg explained why he’s taking a lengthy leave — and why his employees can take even longer. Two months, however, is not unprecedented. Toms Shoes CEO Blake Mycoskie took 12 weeks when his son was born. And recently, Spotify announced new parents (moms and dads) can take up to six months.

So, how will Zuckerberg bond with his new baby girl during her first eight weeks? Based on what we know about the Zuckerberg family, we have some predictions.

1. He’ll be getting her acquainted with Beast

We’ve seen enough photos of Beast to know that he’s part of the family. This Puli (a type of Hungarian sheepdog) even has his own Facebook page. Luckily for Mark and Priscilla, we have some tips for preparing pets for when baby comes home.

2. They’ll be hitting the streets of Palo Alto

That stroller in the Facebook photo? An UPPABaby Cruz. It’s the perfect choice for on-the-go parents, since it’s light and maneuverable but heavy duty enough for bumpy streets.

In July, Zuckerberg used Facebook to open up about Priscilla’s three miscarriages and their struggle to have a child. Ultimately, they want to reduce the stigma surrounding miscarriage. And this paternity leave announcement lends support to the recent surge of parental leave benefits from major companies. So what will the baby announcement be like? Probably pretty epic, but inline with his previous posts, very tasteful. Maybe the new baby will even get her own Facebook page, just like Beast.