Kids aren't the only ones encouraged to back off screen time.
ByAnisa Arsenault
Associate Editor
PublishedJun 2017 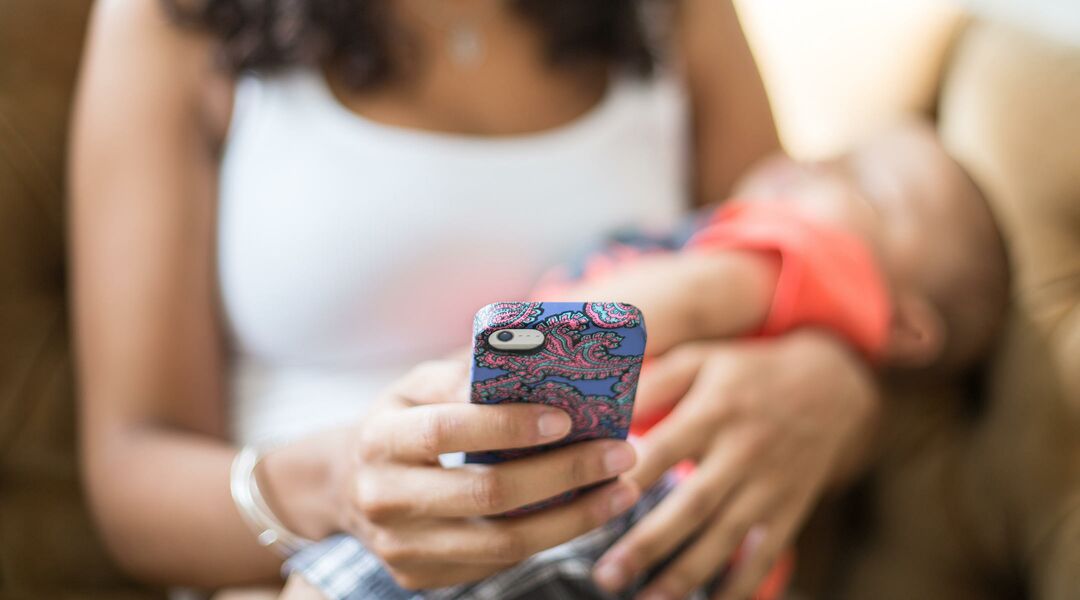 It’s not always possible to say what induces temper tantrums in toddlers. Sleepiness? Time on the iPad cut short? Your insistence that they put on a shirt? When there’s no clear source of blame, a new study is suggesting parents take a closer look at an unexpected relationship: the one between themselves and their phones.

The study, conducted by University of Michigan C.S. Mott Children’s Hospital and Illinois State University, involved 170 two-parent households. While more parents and more data are needed to come to a definitive conclusion, researchers are suggesting a link between mom or dad’s heavy digital technology use and child behavior issues.

Researchers first asked moms and dads to fill out a survey about their use of smartphones, computers, tablets and other devices:

Next, parents were asked how this usage may interfere with family time:

Finally, they were asked about child behavior issues within the last two months:

Ultimately, 48 percent of parents said two or three technology interruptions were standard for a given day, while 17 percent reported one. Only 11 percent claimed zero interruptions. While this was the same for mothers and fathers, mothers perceived it as more problematic.

After analyzing the data and controlling for factors like parental stress, depression, income, education and co-parenting quality, researchers hypothesized even low or normal amounts of technology interruptions were linked to child behavior problems like whining, hyperactivity and temper tantrums.

“We know that parents’ responsiveness to their kids changes when they are using mobile technology and that their device use may be associated with less-than-ideal interactions with their children,” senior author Jenny Radesky, MD, says. “It’s really difficult to toggle attention between all of the important and attention-grabbing information contained in these devices, with social and emotional information from our children, and process them both effectively at the same time.”

However, she considers that poor child behavior may potentially trigger parents to retreat to their phones.

“It’s also possible that parents of children with behavioral difficulties are more likely to withdraw or de-stress with technology during times with their child,” she says.

Ultimately, more information is needed. While there may not be a direct correlation between technology interruptions and child behavior, the fact that there’s a relationship is clear.