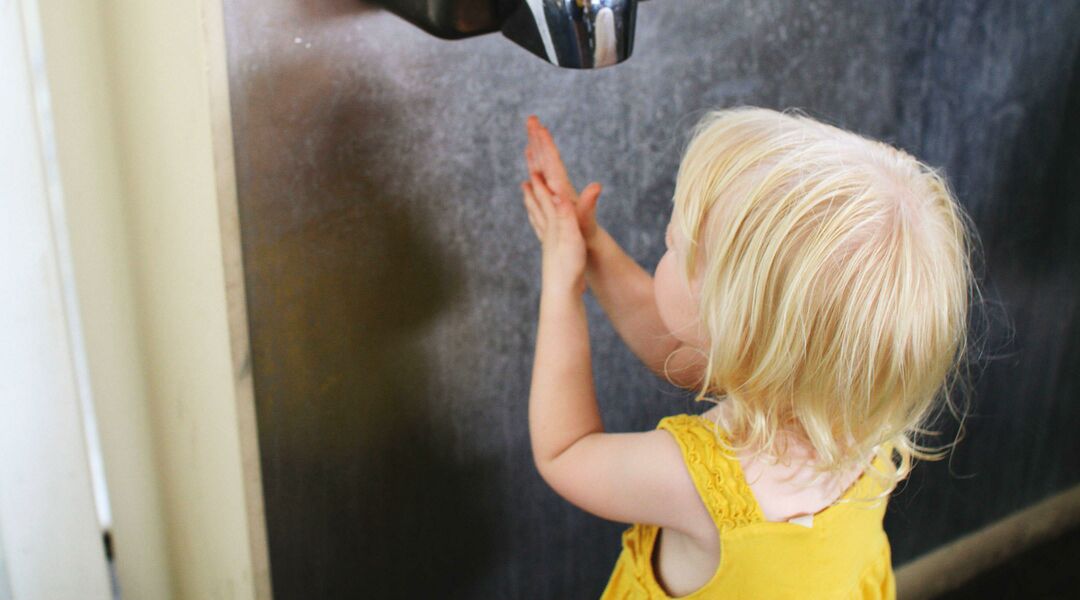 What’s the public restroom etiquette for parents with kids of the opposite sex?
PUBLISHED ON 11/22/2017

As a parent, we’re betting there have been plenty of occasions where you’ve had to take your little one to a public restroom to potty. But which one—the men’s or women’s bathroom—should you use?

That’s the question one dad was faced with when he was out with his 4 year old daughter when she told him she needed to pee. Rather than taking her into the men’s room, he decided to escort her into the women’s bathroom. Which, according to his wife, was the wrong decision.

“Help DH [darling husband] and I with a disagreement please,” she wrote in a post on Mumsnet. “When DD darling daughter needs the loo in a public place, he takes her to the ladies' loos. I told him that women don't like that and he should take her to the men's loo. Aibu [am I being unreasonable] or is he?”

Apparently a lot of parents have opinions on the matter. At press time, there were 536 responses to be exact.

“I’ve never seen a man do this before…ever,” wrote one person. “He is out of order,” confirmed another. Others said “it’s not appropriate,” they “didn’t like it,” and called it a “bizarre” move.

But not everyone agreed with the original poster’s position, though. In fact, many people admitted that, put in the same position, they’d do the same thing her husband did. “I understand the conflict, but I would rather a father in the ladies—individual cubicles—than a 4 year old girl being taken into the gents with no idea what she might see,” one poster chimed in. “And I've wandered into the gents accidentally a couple of times, they're not nice places! Smelly, grubby.” A second person backed her up: “Totally agree. I wouldn't be offended at all if a man took his little girl in to use the ladies.”

Lots of people also expressed a need for more family bathrooms so that parents aren’t put into this position, which is a good point. Public bathrooms are never ideal. But making it easier for kids to be able to go when they’ve got to go would make life a whole lot easier for everyone.