This couple is finding the good that can come from the grief process.
Save article
ByAnisa Arsenault
Associate Editor
PublishedJul 2016 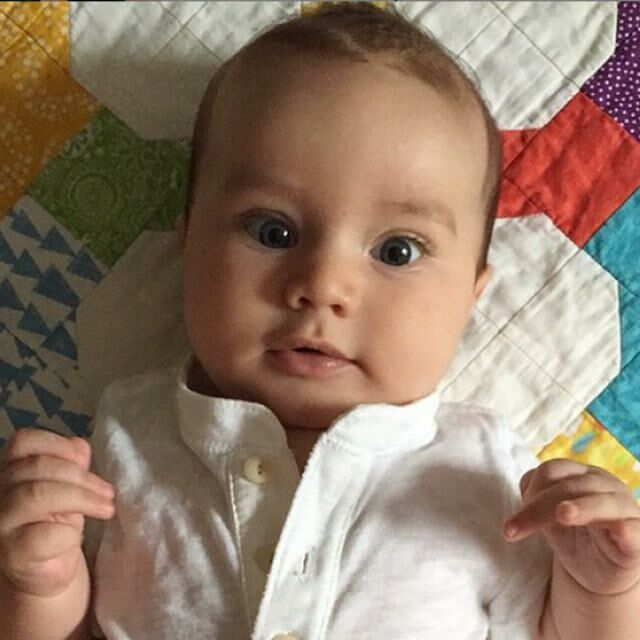 Last summer, Amber Scorah and Lee Towndrow experienced every parent’s worst nightmare. After three months of bliss with their first baby, Karl, they nervously enrolled him in day care after parental leave and vacation days ran out. And on Karl’s very first day at the facility—within the first three hours—he inexplicably passed away. Scorah visited the New York City day care center for a drop-in visit during her lunch break to find employees performing CPR on her son.

Scorah shared Karl’s story in an emotional essay for The New York Times, highlighting the need for a cultural shift among new parents and the companies they work for.

“This article isn’t about day-care safety. This isn’t an indictment of the company I work for; I had one of the better parental leave policies of anyone I know,” Scorah wrote. “What this article is about is that my infant died in the care of a stranger, when he should have been with me. Our culture demanded it.”

Scorah and Towndrow opened up about what the last year has been like on Anna Sale’s WNYC podcast Death, Sex & Money. The biggest change in their lives? They welcomed a baby girl, Sevi, in June.

Although they discussed having another child just days after Karl passed away, the couple understandably approached this pregnancy with a great deal of trepidation.

“I was like, ‘I have to have another baby,’ Scorah said, who was six months pregnant at the time of the podcast interview. “Two of the women that I know that lost children at the same time as me are also pregnant now. And all of us have gone through the exact same emotions: wanting a baby really badly, getting pregnant, and then—putting on the brakes and being like, ‘Oh my goodness, I don’t even know if I should be doing this.’”

“I remember, when we were pregnant with Karl, we had a total sense of innocence about everything,” Towndrow recalled. “And then I remember when [he] was born, I was taking a whole bunch of pictures at that time. Because I thought, ‘How is it that everything looks so beautiful?’ I was totally high! And it’s been really hard to get as excited this time.”

Although the couple got pregnant again rather quickly, they said it was initially hard to process the news that they were expecting a daughter.

“I think we thought, ‘Oh, we’ll have another baby and it’ll be like we have Karl back! Or sort of like some aspect of his essence,” Towndrow said. “Maybe it’s good that she’s a girl and then it’s very clear that it’s a completely distinct thing.”

This time, things will be different. Because Towndrow now has health insurance coverage for the whole family, Scorah plans to stay home with Sevi for at least a year.

“A mother should never have no choice but to leave her infant with a stranger at 3 months old if that decision doesn’t feel right to her. Or at 6 weeks old. Or 3 weeks old,” Scorah wrote in her The New York Times essay. Both she and Towndrow are now ardent parental leave advocates. “I would have stayed home with Karl longer, but there just didn’t seem to be a way. And I knew well enough that a million other mothers in America before me had faced the same choice and had done the same, even earlier than I had, though it tortured them emotionally, or physically, to do so.”

Even now, a year later, the couple still doesn’t understand why Karl died. The medical examiner’s report came back inconclusive.

“I don’t understand much. I don’t think there’s a minute in the day where I’m not thinking about some aspect…or blaming myself, or feeling guilty, or mourning over what Karl lost,” Scorah said in the podcast. “But for all of the obsessing…I can’t understand to this day how or why he died. It makes no sense to me. You feel like there’s this direct correlation between you leaving them and them dying.”

As if to share that lack of understanding, Scorah said she made it a point to show a nurse who tried to help resuscitate Karl a picture of him from the morning of his death.

“I showed her a picture that I had taken of Karl that morning. Just in his diaper before we had left for the day care,” she said. “And I mean, he just looks like the happiest, jolliest picture of a healthy baby. I just said, ‘Oh, I just wanted to show you a picture of Karl so that you know, like, how he really looks.’ And then she got tears and started to cry, too. It was a really kind moment.”

Scorah and Towndrow said they plan to tell Sevi about Karl and how he died.

“She’ll know what happened,” Scorah said. “I don’t think that it’ll be something we hide from her or shield her from because I kind of think that’s unfair. It’s a really sad thing but it’s part of her family history. Of course I want her to think of Karl as her big brother."