Parents are Using Intimidation Tactics to Get Their Kids to Eat

Here’s one parenting trend we could do without.
save article 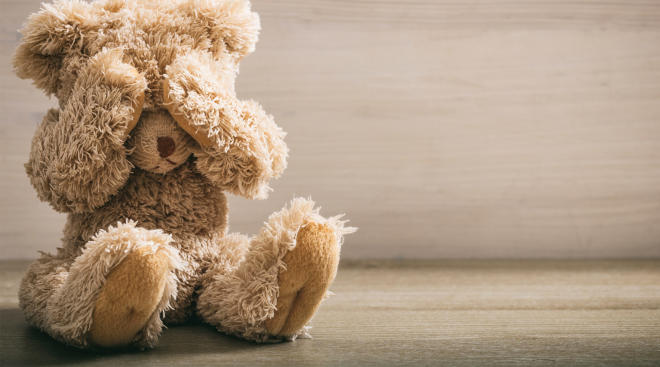 Picky eaters add a special twist to mealtime. They’ll push your buttons until your patience nearly runs dry, but the secret is to remain calm, cool and collected. The one thing you definitely shouldn’t do? Resort to violence and threats to get what you want. That may sound like a no-brainer, but it’s apparently the new trend on social media, according to a Buzzfeed News report.

Twitter user Rudy Hernandez went viral last week after filming himself trying to feed his baby nephew. When the tot refused to eat, Hernandez then pretended to try to feed the Mickey Mouse stuffed animal who seemingly didn’t want the food either. Here, the man starts to aggressively punch the stuffed animal. Once he’s made his point, he scoops up more food and turns to his nephew to try feeding him again. Visibly flustered by what he witnessed, the little boy opens his mouth and allows his uncle to feed him.

“When kids don’t wanna eat, this is what you gotta do,” Hernandez writes on Twitter. In less than a week, the tweet has received more than 116,000 retweets and 300,000 likes. What’s more alarming, it’s inspired a handful of parents, aunts, uncles and other caregivers to try the maneuver out for themselves.

While hitting a stuffed animal may seem like a silly gesture to an adult, think about how scary it is for a child who has an attachment to their plush. Their doll is almost as real to them as their parents are, so witnessing the act of violence isn’t just upsetting, it’s terrifying.

Not all parents think the trend is funny. Christopher Durett is appalled by the behavior, and decided to school some adults on how to parent. Instead of using violent tactics, the Florida dad posted a video of himself positively encouraging his son to eat. Although he receives some kickback from his child along the way, he chooses not to resort to aggression at any point.

If you have a picky eater on your hands, you’re not alone. Check out some helpful tips and tricks to learn how to deal with kids who refuse to eat.