Because one can never be too old (or young) for cuddling!
ByNatalie Neusch
Contributing Writer
PublishedSep 2017 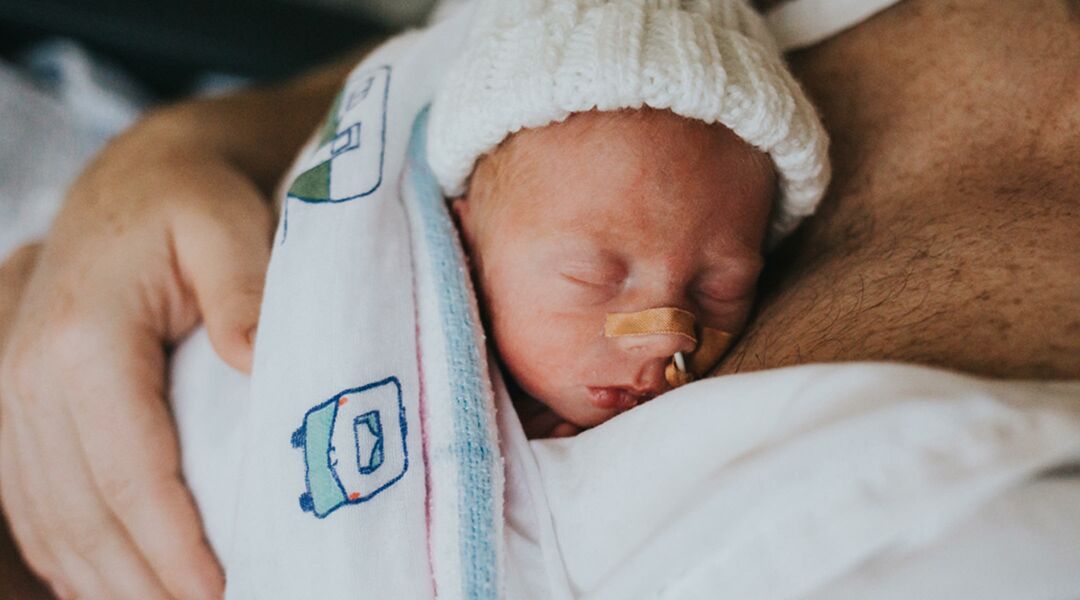 Recent research has shown the benefits of skin-to-skin contact on preterm and low-birth-weight infants, so much so that several hospitals across the US have instituted volunteer cuddling programs of their own—with many filled to capacity. Now a photo of a retired grandfather holding a preemie baby born at just 25 weeks has proven the true power of the human touch.

David Deutchman of Atlanta, GA, has been volunteering at the Children’s Healthcare of Atlanta for over 12 years, spending time holding infants when their parents aren’t there to do so. “Some of my guy friends ask me what I do here. I tell them I hold babies,” Deutchman says in a video published on the hospital’s Facebook page. “Sometimes I get puked on. I get peed on. It’s great.”

Affectionately dubbed the “ICU Grandpa,” Deutchman is shown in the photo holding baby Logan, born almost 4 months early, just as his teary-eyed and touched mom snapped the photo of the two of them together.

“When I saw Grandpa, I of course started crying,” MaryBeth Brulette, baby Logan’s mom, told Atlanta news station 11Alive. “Because it was so precious and he was so cozy in his arms and Grandpa was just as happy as can be, as if it was his own grandchild.”

As for Deutchman, he says it’s the best job he’s ever had. And judging by the 200,000-plus Facebook reactions and almost 60,000 shares, he’s darned good at doing it.