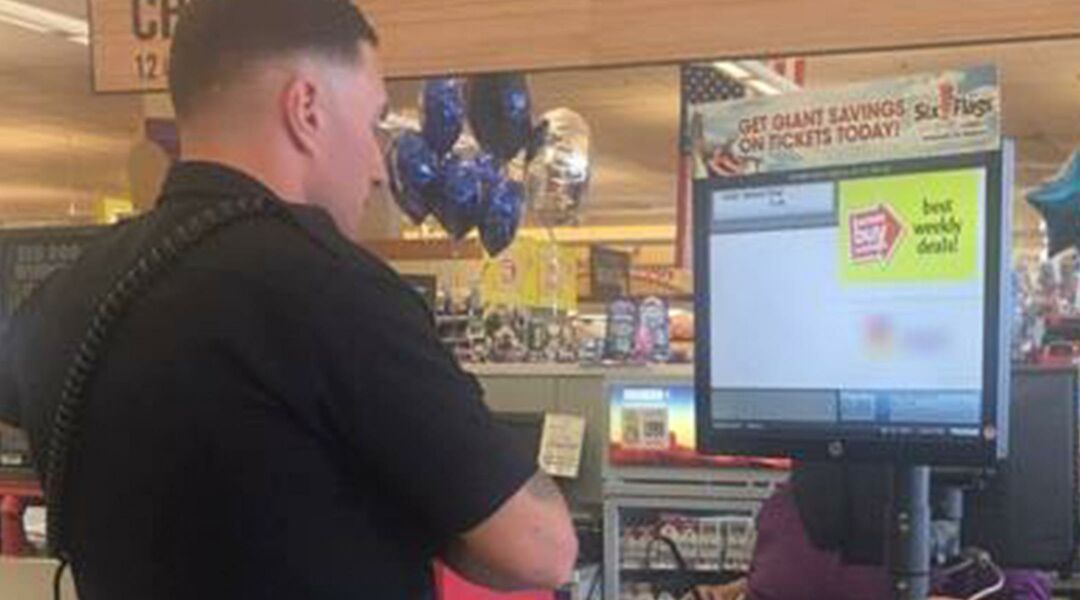 When police officer Bennett Johns was called to a grocery store where a woman was stealing, he likely didn’t expect to be hailed a hero. A mother who had already paid for her other groceries attempted to shoplift two packages of diapers. Johns took it upon himself to pay for them.

“Though we often joke that our field trainees are still in diapers, it turns out that rookie Officer Johns was not buying these for himself,” the Laurel, Maryland police department posted on Facebook last weekend.

Laurel police spokeswoman Audrey Barnes tells CNN that Officer Johns was eager to help the woman since he was raised by a single mother.

“Just out of personal kindness, he decided to go ahead and buy them,” she says. “It speaks to the heart of what community policing is all about.”

Still, Johns issued the woman a citation for theft, meaning she will have to appear in court for a misdemeanor charge. In the meantime, the police department has referred her to Social Services and a local organization called the Laurel Advocacy and Referral Group where she can receive meals and donations as needed.

"We want to make sure she doesn't fall through the cracks," Barnes says.