Almost all of the cases have been in children 18 years old and younger, with the average age being 4 years old.
ByStephanie Grassullo
Associate Editor
PublishedOct 2018 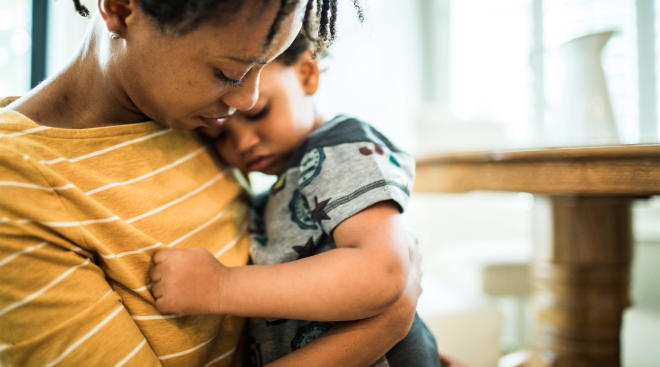 Earlier this month, doctors were on high alert when six children in Minnesota were diagnosed with acute flaccid myelitis (AFM), an extremely rare polio-like disease. Since then, it has spread at a somewhat alarming rate. As of this week, AFM has been reported in a total of 22 states in the US, The Washington Post reports.

The CDC is not releasing a list of the states with confirmed and suspected cases due to privacy issues, but some state health departments have been making their reported cases public.

This year, there have been a total of 62 confirmed cases and 65 suspected cases of AFM, according to the CDC. To put it in perspective, last year there were only 33 confirmed cases. Health officials are baffled by the sudden spike in AFM, and want to raise awareness about the condition so parents can seek medical attention if their child develops symptoms.

Here’s what we know so far. The illness affects the body’s nervous system, particularly the spinal cord, and can cause paralysis. You should consult a doctor if you notice a sudden onset of weakness or loss of muscle tone in your child’s arms and legs. Once diagnosed, some patients have recovered quickly, but some continue to have paralysis and require ongoing care.

It typically affects children. More than 90 percent of the confirmed cases have been in kids 18 and younger, with the average age being 4 years old.

There is currently no vaccine for AFM, and treatments focus on alleviating its symptoms. Poliovirus and West Nile virus may sometimes lead to AFM. The CDC says you can protect your children from poliovirus by getting vaccinated and using mosquito repellent sprays. Washing hands often is one of the best ways to avoid getting sick and spreading germs to other people.

Most importantly, don’t panic. The CDC continues to stress just how rare this disease is, and how knowing the warning signs will help with early detection and treatment by doctors.