"The only thing more exhausting than having these conditions is pretending daily that I don't."
ByAnisa Arsenault
Associate Editor
PublishedMay 2017 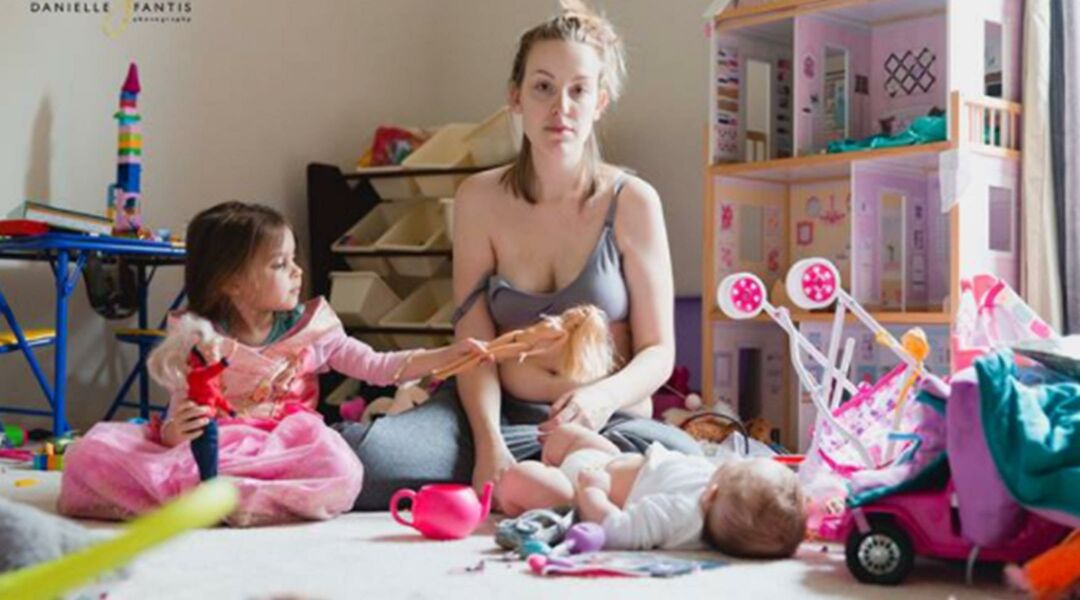 This is not a before-and-after photo shoot. This is one mom’s ever-changing reality—and the reality for many more women also suffering from postpartum depression.

Which type of photo do you think DiVincenzo usually posts on Facebook?

“May has been declared Postpartum Depression Awareness Month and as someone with diagnosed postpartum depression, anxiety and OCD I feel like it’s time to show you what that can really look like, not just the side of me that’s ‘Facebook worthy,’” she writes in a Facebook post. “The truth is, both of these pictures represent my life depending on the day. I would only ever comfortably share one of these realities though and that’s the problem. The only thing more exhausting than having these conditions is pretending daily that I don’t.”

DiVincenzo admits to worrying about what other people think of her as a parent.

“I’m afraid you’ll think I’m weak, crazy, a terrible mother, or the other million things my mind convinces me of and I know I’m not alone in those thoughts,” she says. “We need to stop assuming that the postpartum period is always euphoric, because for one in seven it’s not.”

She’s right; 10 to 15 percent of new moms experience postpartum depression. And while parenting sites and Facebook groups are certainly talking about it more often, that’s not always the case in day-to-day life. If someone asks you how you’re doing, you’re probably going to say “everything’s great!” DiVincenzo reminds women that it’s more than okay to ask for help—she only just starting seeking it herself.

“In case no one has told you, you’re doing an amazing job,” she says. “You are loved and you are worthy. You’re not alone.”