Would You Potty Train a Newborn? These Doctors Say It's Possible 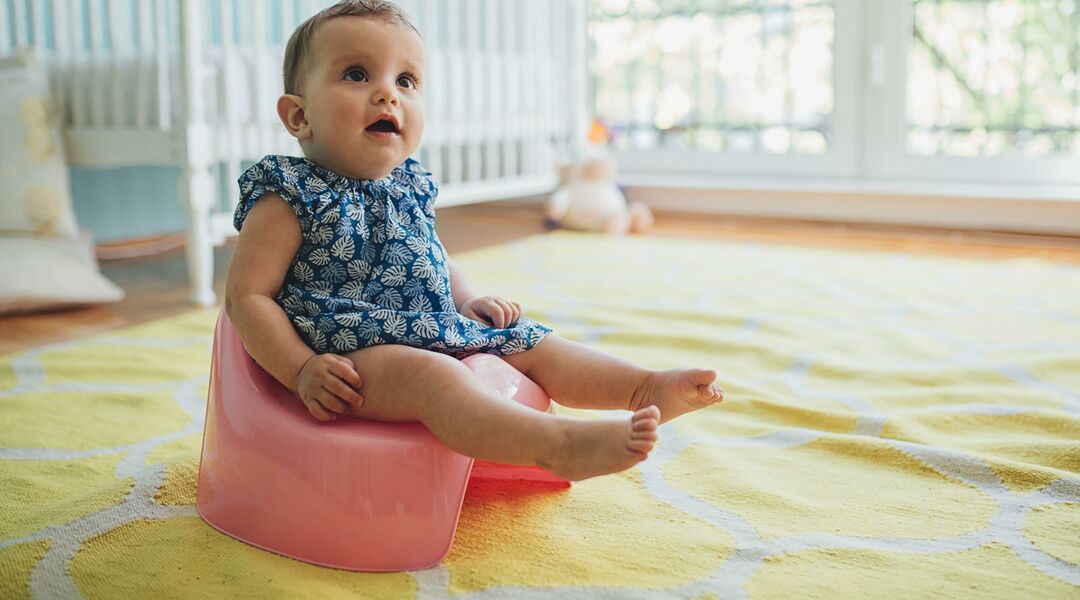 Most parents dread the first day of potty training, and for good reason. Getting your little one to stop using disposable diapers and trust the porcelain throne can involve a lot of coaxing, washing dirty underpants and suffering occasional mishaps in public. If you’re trying to beat the clock before your kid starts preschool, the time pressure can make things even worse. But what if you started the process the day that you came home from the hospital?

Two doctors say that they did just that with their newborn daughter, and it worked great for them. In the journal Pediatrics, the married doctors Jeffrey Bender and Rosemary She reflect on their decision to use an old method of toilet training called “ elimination communication” (EC). This method uses a baby’s “natural timing” – right when they wake up or eat – and cues like facial expressions to figure out when baby needs to “go”. Bender and She started to do this right after they took their third daughter home.

"I went to change her cloth diaper and I noticed it was dry, so I took her over a potty as we’d read about in the books, and she urinated into the receptacle,” She wrote.

EC definitely isn’t for the faint of heart or time-deprived. Bender and She would take their daughter to the bathroom right after she woke up and right after she ate. Each time, they would blow a whistle to help her associate going to the bathroom with the whistle, so she would start naturally doing it without needing prompting. It took a lot of coaching up front, but the results might astound you. Their daughter no longer required cloth diaper back-ups as a 6-month-old, and could use the toilet independently as an 18-month-old.

If you can’t fathom the idea of holding your newborn over a toilet, this method of potty-training is far less out-there than you might think. Bender and She point out that this practice is used worldwide in places where diapers are too expensive or difficult to buy, and even was used widely in the US before the rise of disposable diapers in the 1950s. That’s right – great-grandma was most likely potty trained like this.

The doctors also point to the current norm of waiting until 2 to 3 years as resulting from the recommendations of a popular 1950s pediatric developmental specialist, T. Berry Brazelton, MD. He thought that most children should toilet train once they’re older because most parents don’t have six months of parental leave to do it. Fair enough, but Bender and She point out that it can actually stress out kids (and parents) more to start using the toilet as a toddler after being trained to use diapers from Day 1.

And according to the doctors, using EC instead of relying on disposable diapers can both help the environment and prevent problems associated with diaper use. Depending on their age, babies often go through 200 to over 300 disposable diapers per month, all of which use resources like plastic and trees and often sit in landfills. Even using cloth diapers for two or three years aren’t the most eco-friendly; after all, they require a lot of water for washing. On top of that, Bender and She reference their experience as pediatric disease specialists to point out that babies often sit in dirty diapers all day. They see a lot of infants with urinary tract infections and antibiotic-resistant skin infections – think diaper rash, but worse.

“As working parents and physicians, we believe it is important that providers who care for children learn more about EC and incorporate this alternative into their discussions with young and growing families,” they wrote.

So, what do you think? Would you ever ditch the diapers and go straight to baby undies?

Tips and Tricks for How to Handle Potty Training Regression

How Do You Potty-train a Toddler?