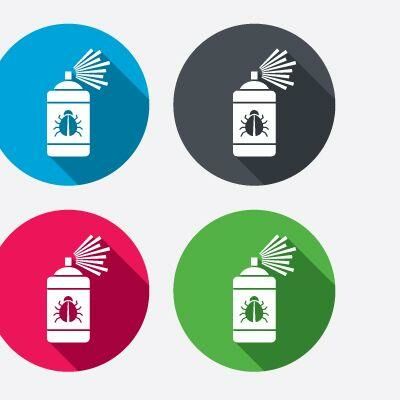 With the latest information that Zika can be sexually transmitted, people are on higher alert than ever. It completely widens the scope of severity; previously, if men were bitten by a Zika-infected mosquito, no biggie. But now, evidence shows that men can pass the virus to their partners. So, ladies, you can follow the CDC’s travel advisories, avoiding the infected countries and territories, but it’s a good idea for your partners to do the same.

This is a disappointing blow to many couples who’ve planned destination babymoons. Should they cancel their plans? Douse themselves with bug spray? What if they already went? We took a look of what some of The Bump users across the US are saying.

Most Bumpies are staying put:

“After talking with my doctor today, we changed our travel plans to Mexico in March and re-booked a hopefully Zika-free destination. There’s no way I would’ve been able to relax with the possibility of a bite from one of those nasty mosquitos.”

“My destination wedding is Feb. 15 in Punta Cana, and I’m eight weeks pregnant. The Dominican Republic issued a request that citizens don’t get pregnant, even though they aren’t officially on the CDC advisory list. We’re pretty sure we’re canceling the wedding. Such a bummer, but the lost money and missed celebration is not worth the risk in my opinion. It’s a very personal decision for every mom-to-be, and the research isn’t conclusive yet. I guess I’m just being extra cautious. I don’t think I could even enjoy myself there anyway I’d be worrying about it so much.”

“We were planning a babymoon in Mexico, and had the hotel chosen and everything. We were going to book by the end of this week! We were really looking forward to the trip and were torn, but just feel it isn’t worth the risk and decided on Arizona instead. It will be more expensive, but at least there will be peace of mind.”

But some have already made the trip:

“I got home from a Caribbean cruise on Sunday evening. The news about the Zika virus broke while we were traveling. Our access to the outside world was limited in international waters, and I didn’t know anything about this until I got home. Labadee, Haiti was one of our stops. I can’t find evidence of mosquito bites anywhere on my body, but I’m still worried. I want to be screened for Zika now, just in case. I thought I was being good…At this point, I’ve moved beyond working with my midwife practice and am talking to the local University Hospital, a big research hospital with a strong national reputation. They were honest and told me I’m the first potential case they’ve seen in our city (population ~1,000,000), and they don’t know exactly what to do with me yet. At this time, they won’t test me. The CDC won’t accept samples from asymptomatic people who might have Zika…I asked if we could do frequent ultrasounds to monitor the baby’s cranial development, and the hospital agreed. They are going to do frequent ultrasounds from now on to make sure his head is developing normally.” According to our chat with pediatrician and geneticist Dr. Ed McCabe, chief medical officer for the March of Dimes, ultrasounds are the clearest way to determine if your baby has microcephaly, the potential side effect of Zika in which the head and brain are much smaller than normal. In a preventive move, New York  Gov. Andrew M. Cuomo announced yesterday that all pregnant women who have traveled to a Zika-infected area, regardless of whether or not they’re symptomatic, will be offered free Zika blood tests. The state is the first to offer free testing, and hopefully other states will soon follow suit.

What are the symptoms of Zika?

Only 20 percent of infected people will be symptomatic. Even then, those symptoms are typically not severe enough to require hospitalization. Here’s what to look for: