Can You Put a Price on a Pregnancy Announcement? Couples Are Spending Thousands

Whatever it takes to earn those likes.
ByAnisa Arsenault
Associate Editor
PublishedAug 2017 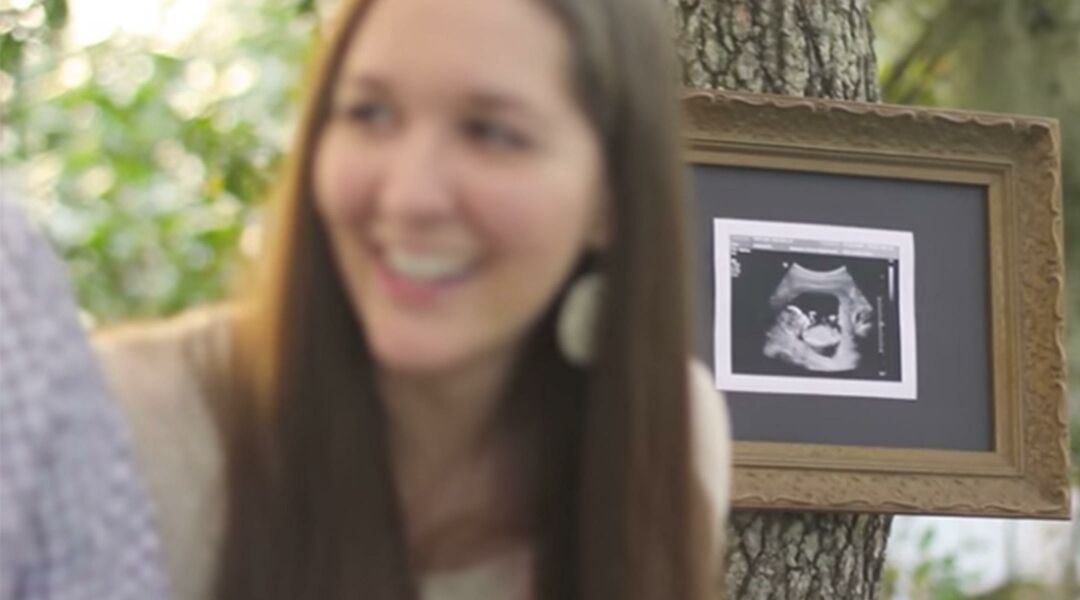 How did you announce your pregnancy? Different couples have different approaches to breaking such significant news, whether it’s at a family gathering or on Instagram. But a new trend is highlighting a much more elaborate—and costly—strategy: creating a professional video.

Take Kimberly and Andrew DeTerlizzi, for instance. The New Jersey couple turned to their wedding videographer to shoot a short pregnancy announcement film, complete with integrated footage from their 2016 wedding. The final frame of an animated stork flying through the sky? That’s next-level pregnancy announcement stuff.

“We hoped it would inspire others to believe that fairy tales exist,” Kimberly, who is seven months pregnant, tells The New York Post. She shared the video on Mother’s Day. “Everyone was floored and blown away when they watched the film.”

While the DeTerlizzis didn’t say how much the video cost, The Post reports specialist film production companies charge anywhere between $1,500 and $3,000 for these projects, which are about a minute long.

For Ryan and Michelle Taylor, a professional video seemed like the best way to announce something that meant so much to them.
“We had already been through a miscarriage and ectopic pregnancy, so she was a much-longed-for baby,” Ryan says. “We were so grateful and so blessed, we didn’t want the announcement to come across as casual or flippant.” In other words, a bun in the oven t-shirt wasn’t going to cut it.

Still, we could all stand to learn a thing or two from some DIYers. Remember those college grads who made their very own graduation surprise video? (Yes, the surprise was a baby.) The earned themselves 178,000 YouTube views. That’s just about 176,000 more than those professional productions.