Sneaking Snacks in the Pantry? Quadruplet Mom Has Been There

Fess up if you've been there too!
ByAnisa Arsenault
Associate Editor
PublishedJan 2017 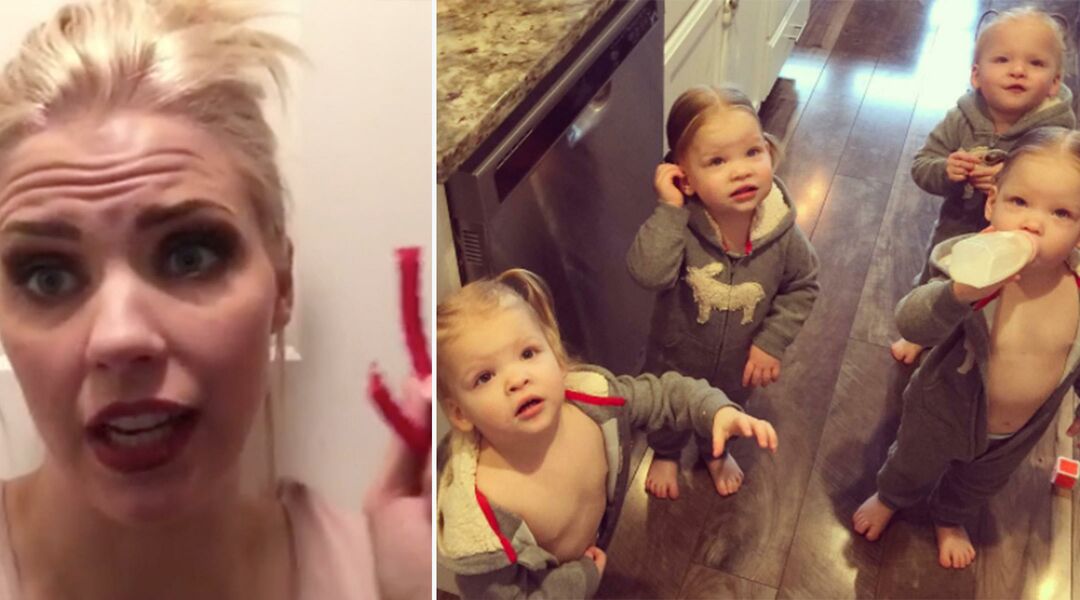 The terrible twos can leave you in desperate need of a reprieve. And when you’re the parent of four 2-year-olds, that reprieve will likely be brief and sugar-fueled.

Ashley Gardner, a Utah mom to quadruplets, recorded herself sneaking a Twizzler from her pantry while her toddlers fussed outside.

“Dad’s out shoveling the driveway. Mom desperately needed a treat to get through the rest of the night,” she says, chomping on her licorice. "They don’t ever go away! They want everything you have!”

One thing is clear though: Gardner certainly doesn’t want her girls to go away. Indie Mae, Esme Jane, Scarlett Elizabeth and Evangeline Faith—better known as the Gardner Quad Squad—are miracle babies. Gardner struggled to conceive for eight years before IVF helped her get pregnant with two sets of identical twins—the odds of which are one in 70 million.

This rare phenomenon made headlines and stayed in the headlines once two of the girls experienced twin-to-twin transfusion syndrome (TTTS) in utero. That means there was an unbalanced blood flow between fetuses sharing the same placenta. Laser surgery corrected the problem and the girls were brought home in late February.

Last April, the Gardners started a YouTube channel tracking their day-to-day adventures with four active little girls. In other words, Ashley is not usually hiding in her pantry. Check out the adorable madness for yourself, from Costco trips to playing in the snow.

How to Tell Twin Babies Apart?

Is It True the Older Twin Will Be Bossy?

Do My Twins Have Their Own Language?

How to Keep a Twin Healthy When the Other Is Sick?

Don't Ask This Mom About Her Twins, Okay?