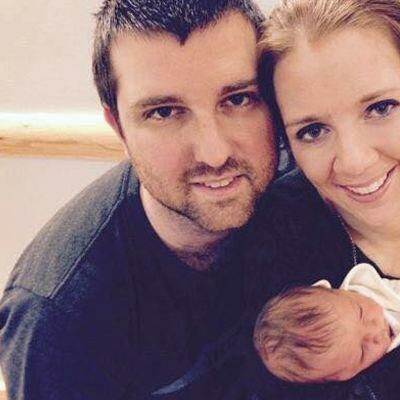 If you’re anything like us, you probably had a ton of questions when you heard Rachelle Friedman Chapman, referred to as the “Paralyzed Bride,” welcomed a baby via surrogate last month. From the logistical — how does she hold her daughter? — to the emotional — is she still friends with the girl who playfully pushed her into a pool during her bachelorette party? — Reddit users covered all the bases on her “Ask Me Anything” today.

First thing’s first: how does she manage her one month old, Kaylee Rae? As is the case with many moms, the Boppy pillow is her savior.

“Feeding is done like anyone else,” Chapman says. “Hold her and hold the bottle. I often use a Boppy pillow on my lap to sit her down in when I’m rolling around. It’s basically like an overside travel neck pillow.”

Chapman adds that while they’re very lucky to have an easy baby — Kaylee typically only wakes up once a night — she needs a lot of help. Here mom lives with herself and husband Chris during the week.

“I can be with [Kaylee] alone but not for too long. I have changed a diaper but I have not mastered it. I will stay up with her so Chris can sleep if she’s fussy at night.”

Reddit users had plenty of questions about Chris. Namely: Did he marry his paralyzed fiancée out of guilt?

“No, it never crossed my mind that he was marrying me as some favor,” Chapman says. “It’s hard to explain unless you know us. Our love is just super easy. People see my flaws but we all have them and so does Chris. I put up with his and he puts up with mine… We both hate this injury and we wish it never happened but it didn’t change us.”

(And yes, they can still have sex.)

In fact, there’s a lot about Chapman that hasn’t changed. Like anyone else, she can drive, do laundry and get around the house. She manages the household finances. And she’s active, participating in wheelchair rugby.

“Many people think a quadriplegic is paralyzed from the neck down but that’s not always the case,” she explains. “It just means impairment in four limbs. So I can move my arms but not my fingers. It makes things harder but they are doable.”

This can-do attitude and overall positive outlook manifest themselves most in Chapman’s answer to one of the top questions: Is she still friends with the girl who pushed her?

“Yes. I am,” she answers. “Over the years all friendships change when you’re living far apart, but I am not angry about the push itself. It was an accident and I’ve done it a million times. I think most people can say they’ve pushed someone into a pool playfully.”

Chapman continues to impress us. Read her full AMA here.