Inspired by the photo? Wait until you read the story.
ByAnisa Arsenault
Associate Editor
PublishedOct 2016 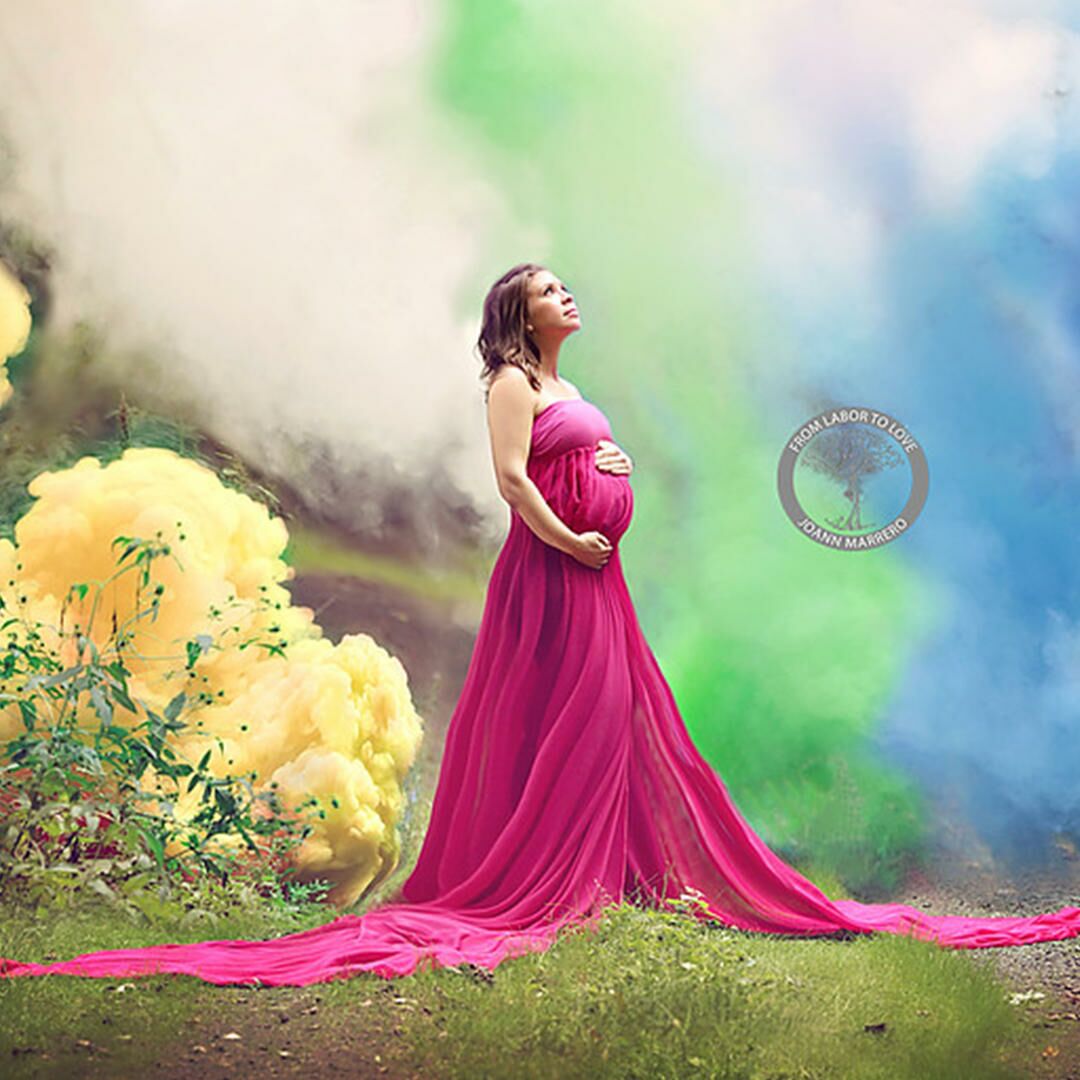 A breathtaking, multicolored maternity shoot is capturing the attention of the internet while simultaneously capturing the definitive glow of mom-to-be Jessica. But it took her six separate heartbreaks to get here.

After giving birth to her first child, Jessica experienced six miscarriages. While miscarriage is not uncommon—the risk of loss for any given pregnancy is between 10 and 25 percent in the United States—coping with six losses is still a tall order. But by August, Jessica had sailed into her third trimester with a baby girl. This was her rainbow baby.

Never heard of a rainbow baby? It refers to any baby born after a miscarriage, stillbirth or infant death. Think of it like a rainbow following a storm. But Jessica’s husband knew it was important to document this miracle before she was even born.

“In August, Jess’ husband, Kevin, asked me to do their maternity session,” From Labor to Love photographer JoAnn Marrero, who worked alongside Mary Maloney of Pebbles and Polka Dots Photography, tells The Bump via email. “Four years ago when they were expecting with their first child, Corbin, the photographer who did their maternity session unfortunately never delivered their photos, so they had no professional portraits to document Jess’ pregnancy. I was touched by Kevin’s words and his goal of making sure that, this time, his wife would get all the maternity photos that she always dreamed of having.”

Marrero adds that incorporating a rainbow aspect was Jessica’s idea.

“Jess wanted something rainbow-inspired because of the many fertility struggles she and Kevin had encountered, and so I knew I had to do something extra special for her family,” she says. “My vision for part of their session was to create our own rainbow with colorful smoke bombs.”

That vision certainly came to fruition. But the process wasn’t so easy.

“Bringing this photo to life was definitely a concerted team effort,” Marrero says. “It was crazy fun! Mary shot off the first colored smoke bomb and—oops—I forgot to tell her they were double-sided. There was dense, vibrant smoke everywhere. Note to everyone trying this: Pull the ring and run. It was quite the explosive surprise and really funny.”

Marrero describes the shoot like “a Skittle commercial, but sweeter.” And while everyone involved left with stained clothes and rainbow-dusted hair, she says the "final portrait was nothing short of perfection in our eyes and very emotional for all of us.”

While rainbow baby photos are becoming more common as more women open up about loss, Jessica’s shoot stands out by focusing on mom, rather than baby.

“Through our rainbow haze, Jess stood with composure and her pregnancy glow came shining through like the sun. This was definitely her moment, a proud mother-to-be for the second time,” Marrero says.

Take a look at some other inspiring rainbow baby photos below. Have some of your own to share? Tag @TheBump when you post!