This overlooked safety aspect is finally getting some attention.
Save article
ByAnisa Arsenault
Associate Editor
PublishedApr 2018 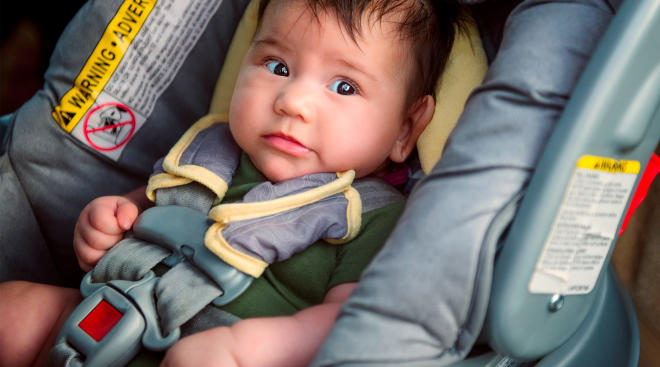 Better head, neck and spine protection in the event of an accident are the primary reasons the American Academy of Pediatrics (AAP) advises parents to keep toddlers in rear-facing car seats through age 2, or until they reach the highest weight or height limit listed on the specific car seat model. But concerned parents have asked a thoughtful question: Is my rear-facing baby safe if our car is hit from the rear? Recognizing a total lack of research in that department, researchers at The Ohio State University Wexner Medical Center took it upon themselves to conduct a study.

“It’s a question that parents ask me a lot, and I love it when they do,” Julie Mansfield, lead author of the study, says in a press release. “It shows that they’re really thinking about where these impacts are coming from.”

More than 25 percent of car accidents are caused by rear-impact crashes, but most car seat crash testing involves front or side impact collisions. Mansfield and her team tested the effect of rear-impact crashes on multiple rear-facing car seats, changing up the car seat handle position and adding features like an anti-rebound bar. Their conclusion is a promising one:

“Even though the child is facing the direction of the impact, it doesn’t mean that a rear-facing car seat isn’t going to do its job,” Mansfield says. “It still has lots of different features and mechanisms to absorb that crash energy and protect the child.”

Essentially, the team found rear-facing car seats are extremely effective at absorbing crash forces while controlling the motion of a child. They just have to be used correctly. Tools like anti-rebound bars and load legs, which help reduce a seat’s movement in the event of a crash, can help. But if your seat doesn’t come with these features, which are relatively new to the US, don’t panic. Proper installation matters most of all.