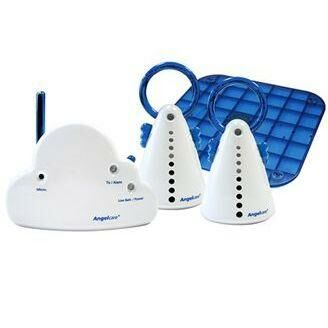 Photo: Photo Courtesy of the Manufacturer

The CPSC and Angelcare Monitors Inc. have announced a voluntary recall on more than** 600,000 Angelcare Movement and Sound Monitors with Sensor Pads** due to the fact the the monitor’s sensor pad  cord can fall into the crib and pose a strangulation risk to baby. To date, Angelcare and the CPSC have received reports of two infant cord strangulation deaths. The first was in August of 2004 and the second was in November of 2011. Both children became entangled in the cords of the Angelcare monitors. Additionally, there have been two more reports of infants who suffered injuries by the baby monitor cords. Both injuries, thankfully, did not result in more fatalities.

Here’s what you need to know:

The recall involves the Movement and Sound Monitors manufactured by Angelcare. The design includes a special “sensor pad” that’s placed inside the crib, under baby’s mattress, to monitor his movement. An electrical cord about 11 feet long is permanently connected from the sensor pad to the nursery monitor unit. The recall involves all versions of Angelcare sensor monitors including the following model numbers : AC1100, AC201, AC300, AC401 AC601 and 49255. The model number is located on the back of the nursery monitor unit. All of the monitors were manufactured between 1999 and 2013.

If you own the Angelcare baby monitor, make sure both the monitor and cord are placed out of the child’s reach. Contact Angelcare at (877) 281-8827 or visit them online. Angelcare is providing costumers with a repair kit that includes a rigid protective cord cover so that the sensor pad cords can be threaded through without positing a choking risk to baby. The recalled monitors were sold online and in-store at Babies 'R Us, Toys 'R Us, Burlington Coat Factory, Meijer, Sears, Walmart, Amazon.com, Target.com, Overstock.com and almost 70 more specialty stores throughout the country from October of 1999 through September of 2013. They retailed for anywhere between $100 and $300.

Want to make sure you don’t have any recalled baby gear at home? Read more of the latest  baby product recalls.

Stalker Hacks Into Family’s Baby Monitor: How to Make Sure It Doesn’t Happen To You