The Real Reason 'Mama' and 'Dada' Are Common First Words

Repetition may just be the key to success.
ByAnisa Arsenault
Associate Editor
PublishedJun 2016 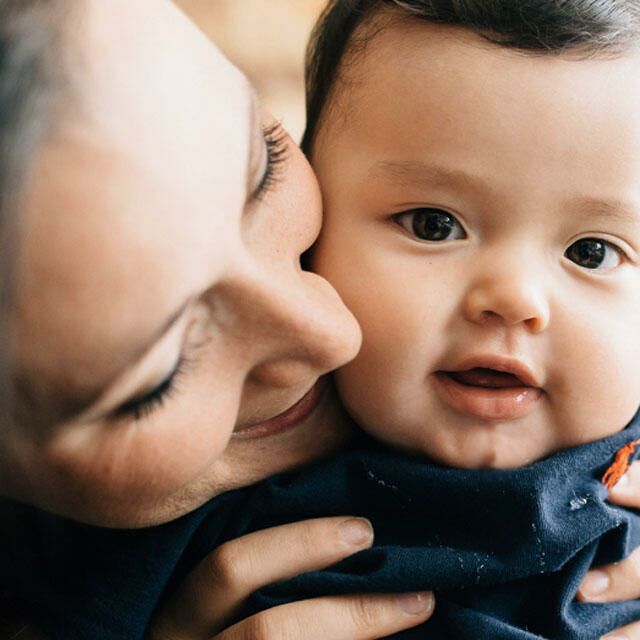 Somewhere between 9 and 12 months, recognizable consonant sounds will likely emerge from baby’s babbling, and you’ll deem them his or her first words. The most popular phrases? You guessed it: things like “mama,” “dada,” and “night-night.” These early utterances share a common construction: they’re made up of repeated sounds. A new study from the University of Edinburgh suggests that babies find it easier to learn words with repetitive sounds, helping them build a base for vocabulary learning.

“This is the first evidence to show that infants have a repetition bias in learning new words,” says lead researcher Mitsuhiko Ota. “It also shows that there may be a good reason why in so many cultures across the world, existing adult words and expressions are replaced by words with repeated syllables in baby-talk vocabulary. Some examples could be tum-tum, mama, dada, din-din and wee-wee.”

To conduct the study, researchers monitored 24 infants around 18 months old in a series of visual and attention tests. The team showed the babies two unfamiliar objects with made-up names: one with two identical syllables, the other without. Recordings of eye movements showed that the infants were routinely better able to identify the object with a double-syllable name.

Before you begin to speak to baby strictly in “choo-choos,” know that pediatricians recommend exposing baby to a wide range of vocabulary and conversational dialogue—not just “baby talk”—from birth.

“If you’re only speaking to your child in baby talk, you’d absolutely be doing a disservice to them,” Gigi Chawla, MD, a pediatrician and hospitalist with the Children’s Hospitals and Clinics of Minnesota, tells The Bump. “We want them to experience the full breadth of language. Even if they don’t understand, they’ll start to pick up rhythm. The aspects of processing language are so critical during that first year of brain development.”

Chawla adds that this study is not without its challenges. For example, babies may be used to parents emphasizing repeated-syllable words, notably “mama” and “dada,” in a way that is more friendly, affectionate and engaging, prompting a stronger reaction to the objects with double-syllable names.

“You don’t have to teach parents to say double words or make up little affectionate ways to say things,” Chawla says. “They naturally do it some degree. It’s probably biologically-driven. In this study, I don’t actually know if it is the double words or if it is the context in which double words are usually said that makes a difference.”

Chawla’s biggest piece of advice? Keep talking to baby. And there’s devices to help keep you on track. The VersaMe Starling, for example, is a wearable little star that can be clipped onto your baby or baby gear to track your word count and anaylze your speech patterns. The Starling then offers feedback about how you can communicate better, like varying word choice and using longer words.