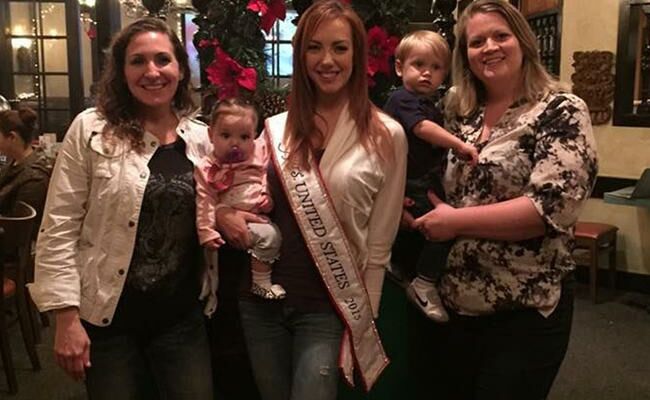 It’s a story we hear again and again: Mom needs to nurse baby in public. Mom gets scolded for breastfeeding in public. Mom shares her story on social media. People get outraged.

At first, that was the story shaping up for El Patio, a Houston restaurant. But there’s a happier ending than you’re expecting.

Last week, a mom was criticized for nursing her baby in the El Patio restroom — not even in the dining area. Her friend posted about the incident in a closed Facebook group, “Moms & Ladies of Southwest Houston,” stating it was an employee who made the comments. Word spread very quickly.

The restaurant denies that this happened, and followup reports indicate it was a customer who criticized the breastfeeding woman. Still, El Patio felt it should take action.

“El Patio recently experienced an incident where our long-standing reputation as a family restaurant was challenged,” the restaurant’s Facebook page says. “To be clear, no employee of this restaurant has ever or will ever ask a breastfeeding mother to leave. Period…We are taking the opportunity to give back and help create awareness around this important issue. We hope that you will join us on Sunday with your families to celebrate breastfeeding moms in Houston!”

El Patio organized a “feed-in” on Sunday, setting aside four hours for moms to come in and breastfeed. And 20 percent of sales during that time were donated to Mothers’ Milk Bank at Austin.

“Many moms don’t breastfeed because of their fear or embarrassment of nursing in public, even though they have a legal right to do so. Mothers are frequently shamed when they breastfeed in public,” the event description reads. “When word of an incident gets shared, fellow moms and caregivers band together to stand up for them. Mothers are a fierce group!”

That’s an understatement — and a gentle reference to the one-star reviews that started flooding in from angry moms who heard about the incident.

“This situation not only had an impact on El Patio but was devastating to the new mother who had experienced a verbal assault from another customer,” Jon Deal, one of the restaurant owners, said in a statement. “So not only was she dealing with the impact of that confrontation but that which resulted from the social media explosion. El Patio decided to turn this into a positive by way of fundraising for a worthy cause.”

That fundraising paid off, generating $1,448 to the milk bank. Bonus: Mrs. Texas United States made an appearance.