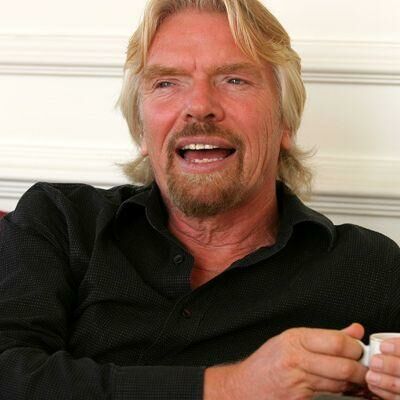 It makes sense that if anyone were to one-up all existing parental leave policies, it would be Richard Branson.

“If you take care of your employees they will take care of your business. That is a philosophy that has served us well for more than four decades, and is the foundation of everything we do at Virgin,” Branson says on his blog. “As a father and now a grandfather to three wonderful grandchildren, I know how magical the first year of a child’s life is but also how much hard work it takes. Being able to spend as much time as possible with your loved ones is absolutely vital, especially early on.”

There are stipulations, though. The new policy only applies to Virgin Management employees in the London and Geneva offices who have been with the company for at least four years.

Employees who’ve been with the company for under four years will receive less pay. Those with fewer than two years with Virgin will only get a quarter of their salary.

This policy stands in stark contrast to the US, where we’ve been applauding companies like Vodafone and  Blackstone Group for offering just 16 weeks of paid maternity leave for employees (the federal requirement is 12 weeks).

Perhaps the biggest news with the Virgin policy is that dads are included. And it comes on the heels of a new UK initiative:  Shared Parental Leave legislation, where parents can share up to 50 weeks of leave and 37 weeks of pay.

In the US, Johnson & Johnson recently beefed up their parental leave policy, offering dads a minimum of nine weeks of paid leave. But that’s still 43 weeks less than Virgin.