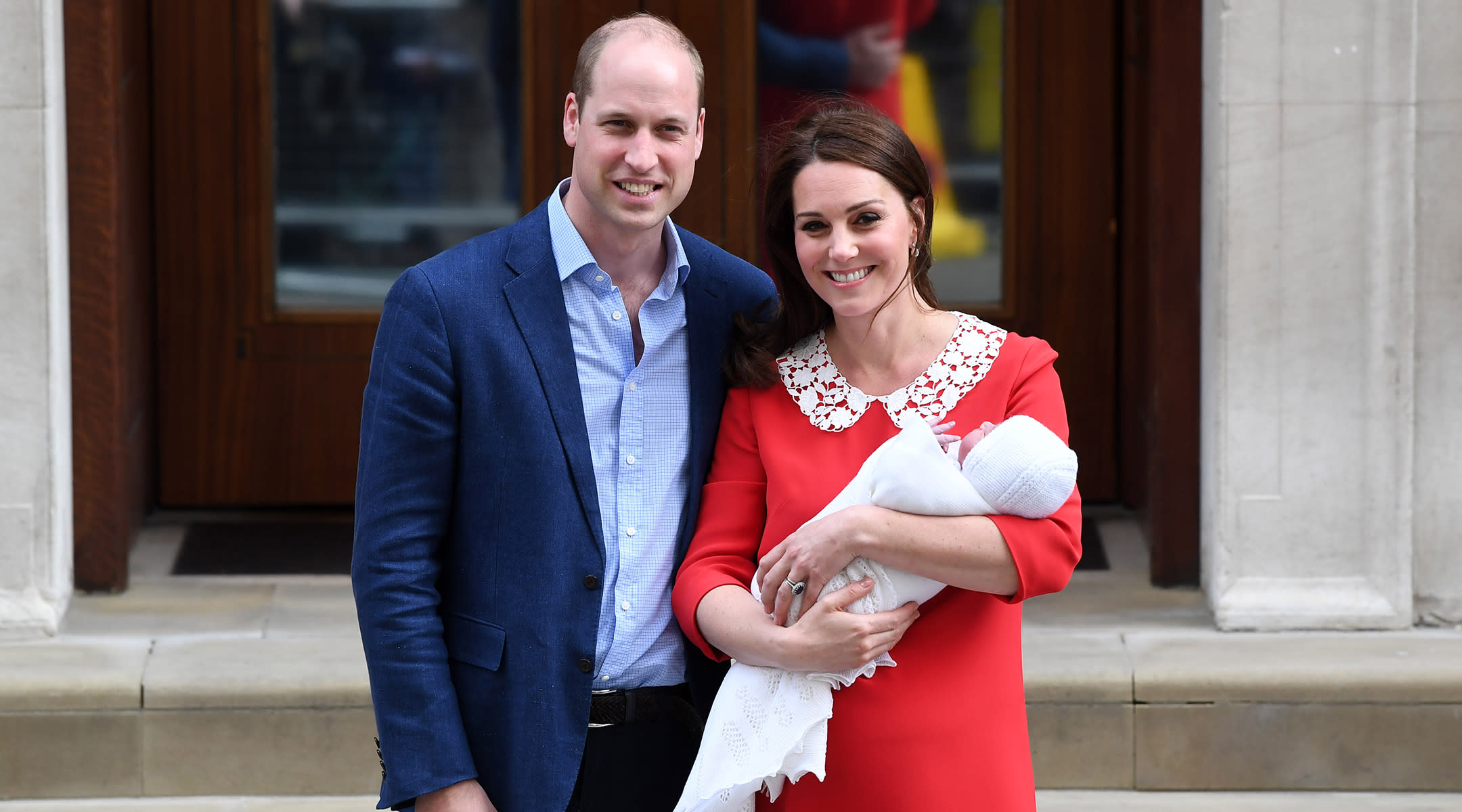 Update: We have a name! On April 27, Kensington Palace announced the new baby boy’s name is Louis Arthur Charles.

The Royal Family just got a little bigger. This morning, the Duchess of Cambridge (a.k.a. Princess Kate) gave birth to a baby boy. Per royal tradition, the news was announced on an easel in front of Buckingham Palace.

There’s no word on a name yet—but that’s normal. When Will and Kate’s first child, Prince George, made his July 2013 debut, his name was not announced until two days after his birth. George’s little sister arrived on May 2, 2015, but her name, Charlotte, wasn’t announced until May 4.

Here’s what we do know, thanks to the Kensington Palace Twitter: Mom and baby are doing well. The baby boy, who is now fifth in line to the British throne, weighs in at 8 pounds, 7 ounces.

This birth marks a historic change to rules of royal succession. Previously, a younger brother would outrank an older sister. But in light of the Succession to the Crown Act 2013, birth order alone determines who will become king or queen of the UK, not sex. So Princess Charlotte is retaining her position as fourth in line to the throne.

The new baby bumps Prince Harry to sixth in line. But with a royal wedding of his own right around the corner, he may not be thinking about that too much. Will his newest nephew make an appearance at the May 19 ceremony? We have plenty of designer baby clothing ideas that would be perfect for the occasion.