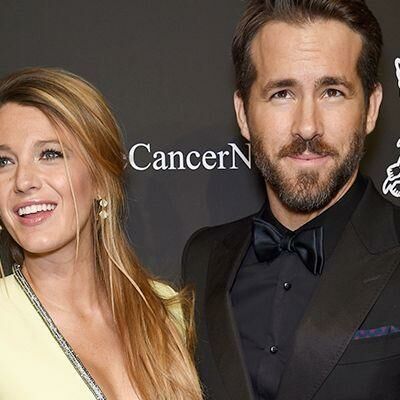 First-time dad Ryan Reynolds has lost a ton of sleep doting on his new baby girl (and his wife Blake Lively ), but he hasn’t lost his sense of humor. Doing the TV talk show circuit to promote _Mississippi Grind, _Reynolds talked about the ups and downs of parenthood and had audiences cracking up between oohs and awws. From dodging the question of his daughter’s name (we’re still dying to know!) to sharing that, yes, his daughter is “totally average,” Reynolds is on his A-game. Kelly Ripa finally pointed out what we were all thinking: “Fatherhood agrees with you!”

It sure does. Here, Reynolds’s best observations about fatherhood.

On the Late Show with David Letterman:

“I used to say, ‘I would take a bullet for you.’ The second I looked into that baby’s eyes, I knew in that exact moment that if we were ever under attack, I would use my wife as a human shield to protect that baby.”

“For the guy, I’m just the diaper-changing facility hooked up to a life support system. But my wife, she’s breakfast, lunch and dinner. She’s a human Denny’s… She is the most beautiful Denny’s you’ve ever seen.”

On Live! With Kelly and Michael

"These days, I think of blinking as taking tiny little naps all day.”

“If anything else woke up every 45 minutes during the night demanding to see my wife’s breasts, you kill it. [But with] a baby, you’re like, ‘Wahoo!’”

“Everyone thinks their baby’s a genius. People find it delightfully refreshing when I tell them, ‘My baby? Totally average. 100 percent average.’”