Santa (and one very wise mom) has your back.
ByAshley Edwards Walker
Contributing Writer
PublishedDec 2017 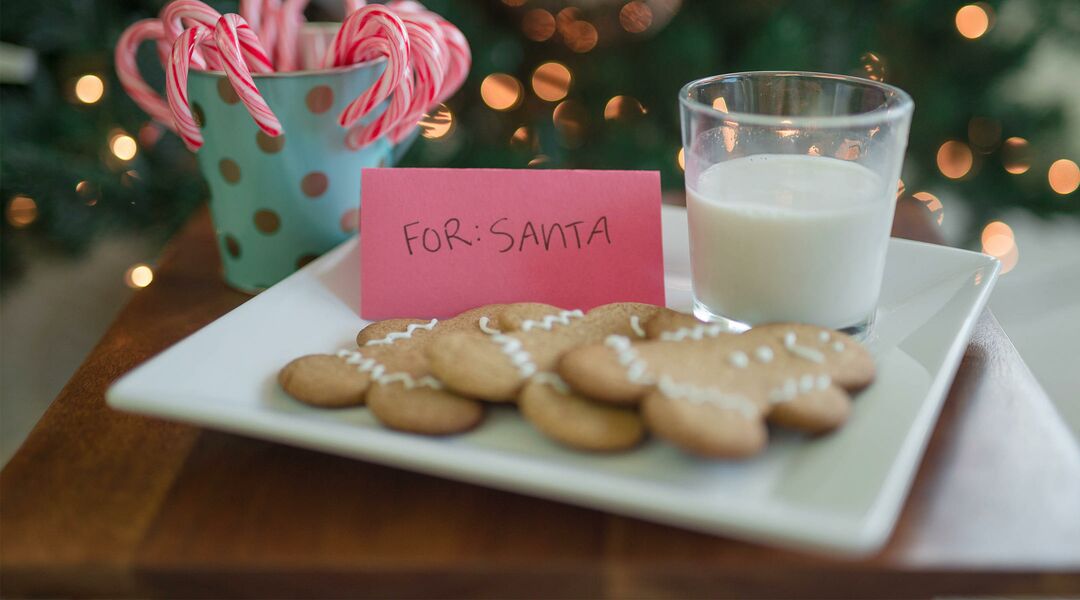 As magical and as fun as the holidays are, they can be a logistical nightmare. Divorced mom Anna Friedman knows this all too well.

Like more than 13 million parents in the US who aren’t in a relationship but share custody of their child, Friedman and her ex-husband share custody of their daughter Eleanor. Because of how their particular arrangement works, Eleanor often ends up spending the holidays with her dad. And that prompted her to ask her parents a very pressing question, according to Babble. “But Mom, how will Santa know that I won’t be here on Christmas, and I need him to come on another day?” Friedman recalls her daughter asking.

In fact, Friedman says it’s a question her daughter has been asking one way or the other since she and her ex split five years ago. “I simply told her that I had emailed him,” Friedman says. “But, just like most parents who want to make a holiday unique and memorable, it just didn’t feel like enough.”

As Eleanor has gotten older—she’s now 8—Friedman also wanted to make the whole thing more believable. Friedman has a background in building basic websites. So this year, she decided to use her know-how to make rescheduling Santa official. She paid $100 for some web space and enlisted graphics help from her boyfriend David Huettner. The finished product is a website called Schedule Santa: For Parents Who Need to Reschedule Christmas.

“And being the giving season,” Friedman says, “I made this my gift to parents everywhere.”

Schedule Santa makes the whole process super easy and fun. All families have to do is send an email with the new time, date and/or location for Santa to visit, and you’ll quickly receive an email back:

Ho, ho, ho! This email confirms that your Santa Claus Christmas Eve visit has been rescheduled to the date and/or new location that you chose. Remember, nice is much better than naughty!
Merry Christmas,
Santa Claus

The best part is that this website is useful for a lot of different family situations, not just children of divorce. Maybe a parent has to work on Christmas Eve and doesn’t have time to channel a bunch of Christmas Elves until the following night. Or you’re spending the night with grandma and need Santa to find you at her address. Or you’re heading on vacation and want to let Santa know he should stop by a few nights early. Friedman says since she launched the site, it’s already been visited by users from all across the US, China, Ireland, Switzerland, Hungary, and the UK. Clearly, a lot of families have a need for this. And we think it’s great that she’s helping those parents make the holidays even more special for their little ones.

“Kids just want to have confidence that Christmas will still happen,” Friedman says. “Even if it’s on a different date.”

Eventually, Friedman wants to be able to send the kids an actual paper confirmation that Santa received their request with the specific date and location of the rescheduling printed on it (and she’s accepting donations through the website if you want to help with that). But until then, we’re sure there will be a lot of kids who’ll rest much easier this Christmas Eve knowing Santa knows exactly where to find them.

5 Things That Cause Divorce More Than Sweatpants and Orange Crocs

These Divorced Co-Parents Are on the Same Team