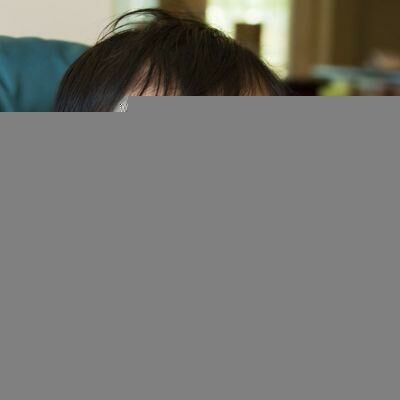 Braving the restaurant scene with baby is a daring right of passage for you both. And for one Idaho mom, dining out was made especially uncomfortable by fellow Texas Roadhouse patrons.

Mom Katie Leach and her family were at Texas Roadhouse in Nampa, Idaho, when her 10-month-old son Drew was accused of “ruining” the dinner of two women at the table over. Leach admits that yelling seems to be Drew’s new thing, but that taking him out to eat is part of teaching him how to behave in public.

“He will yell when I tell him no, when he’s super excited and happy or just for no reason at all,” Leach wrote on Facebook to KTVB-TV. “I’m doing my best to teach him indoor voice and to not yell back at me when telling him no etc. But he is only 10 (almost 11 months) and LEARNING.”

That night, all the commotion gave Drew added incentive to scream and shout. “He had been screaming off and on just with everybody as they were singing happy birthday. And when one of the waitresses would come up, he’d scream to tell them hi,” said Leach.

That’s when two women, who Leach describes as in their late fifties or early sixties, came over with their note of disapproval. They slammed it on the table, and then returned to their own, directly behind the Leach family.

“Thank you for ruining our dinner with your screaming kid. Sincerely, the table behind you,” the note read.

When Leach apologetically approached the women with an explanation, they responded that their grandchildren would never behave like that.

While mom didn’t win over her fellow patrons, she did have the support of the restaurant behind her. The manager apologized for the way the Leach family was treated and paid for their dinner, and requested that the women who wrote the note leave quietly after finishing their meal.

“We’re in the hospitality business. We want all our guests to have a great experience,” said Travis Doster, a spokesman for Texas Roadhouse. “We were voted one of the loudest restaurants by Consumer Reports.  We are proud to be loud. If you want to hear clinking wine glasses and clinking forks, then this probably isn’t the place for you.”

Even in family-friendly establishments, dining out with young kids is always a hot topic. Are parents responsible for packing up if the kids can’t get it under control? Or should other diners be a little more understanding? Depends who you ask. In July, a Portland, Maine diner owner screamed right back at a screaming toddler.

What are your experiences with eating out with baby? Let us know in the comments below.