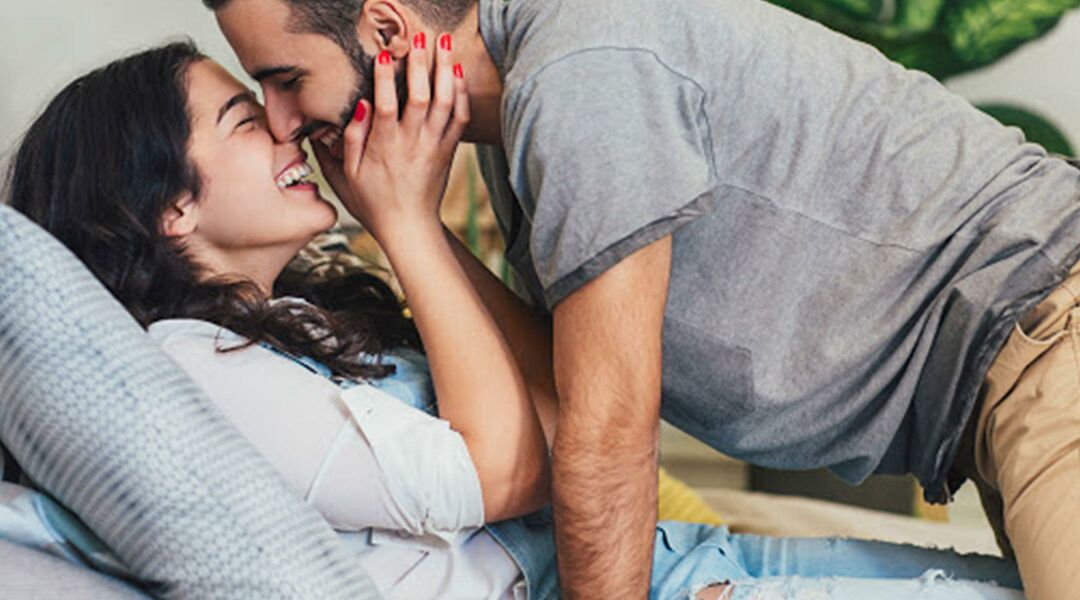 There’s a lot of firsts you’ll experience after having a baby. There’s the obvious: first diaper change, first feeding and first day back at work. But then there’s some other new-mom firsts that we often shy away from. Wink wink. How about sex after baby?

Emily Harris, mom of two, summed up exactly what it’s like to get back in the sack, or as she likes to calls it, the “pogo stick championship,” after giving birth. Her blog was posted on Like A Queen this week, hilariously comparing sex after baby to another one of our nightime activities.

She starts the post by setting the mood. Cue the scene where you’re washing baby’s bottle and then your partner starts “oh-so-romantically cupping his own junk as some sort of mating call.”

“But there may be one thing stopping you,” she writes. “Fear. [A new mom] is afraid her vagina will crumble like a cheap aldi cookie if someone simply blows on it.” Meanwhile, her partner is afraid sex will feel like “throwing a sausage into a barrel.”

But that’s not what it’s like. In fact, Harris offers up a metaphor that will hit much closer to home: Having sex for the first time after baby is similar to checking the nursery to see if baby is asleep.

Stumped? Let’s put this into perspective.

All you and your partner have to do is get in there, so to speak, yet you find yourself stalling. “You and hubby spend 20 minutes hovering around outside…like two nervous wrecks,” Harris writes. Naturally, “you try to persuade him to just go in there already—that way if it all goes horribly wrong, you can just blame him.”

But he backs out in fear. He won’t go in! “You’re whisper barking at him, ‘Jesus, will you just GET IN there for the love of christ!” Harris writes.

After poking around, he finally goes in…

“Slow and steady,” she writes, as at last he has entered…the room.

“It might take some time to get there. It might frighten the arse off you. It might not be the smoothest of rides (pun very much intended),” Harris says. “But you’ll get there, troops. You can do it.”

Sex after baby or even just checking on baby, can be a long, sometimes frightening process. We’re here to help with these safe sex practices.

Too Tired for Sex? New Study Backs You Up