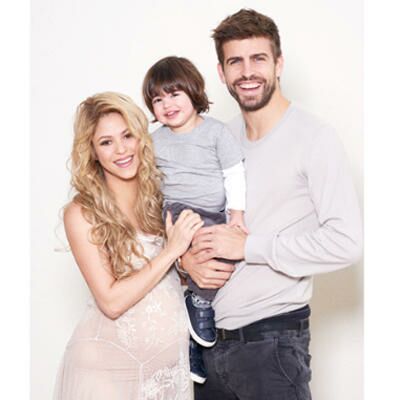 You’re invited to Shakira’s baby shower! Kind of. The singer and soccer-star partner Gerard Piqué are re-launching their international children’s health initiative,  UNICEF’s World Baby Shower, in honor of the upcoming arrival of their second child.

This is the second time the couple are putting their efforts behind the organization. The first fundraising event was held in 2011 when Shakira was pregnant with her first son, Milan. The project was extremely successful and funded 3.8 tons of therapeutic food packets, nearly 100,000 polio vaccines, 200,000 rehydrating salts, and 1,000 mosquito nets.

“Two years ago, Gerard and I had the idea of putting together a different kind of baby shower to celebrate the birth of our first baby— we wanted to give something to other parents and babies around the world, who live in conditions of extreme poverty and vulnerability but whose lives can be improved greatly by small contributions from others,” Shakira wrote on her Facebook page. “Now that we are about to be parents for the second time, we want to take it one step further: by making baby showers with a philanthropic bent accessible to everyone. Thanks to social media, celebrities are not the only ones who are able to make a real change. Now you can contribute so that baby showers that give to other children become a new global trend.”

To contribute, you can purchase UNICEF-inspired gifts such as vaccines, blankets, food and soccer balls. Expecting mothers can also host their own UNICEF World Baby Shower to raise money for the cause.

Want to create a charity registry of your own? We can help. Sign up here.