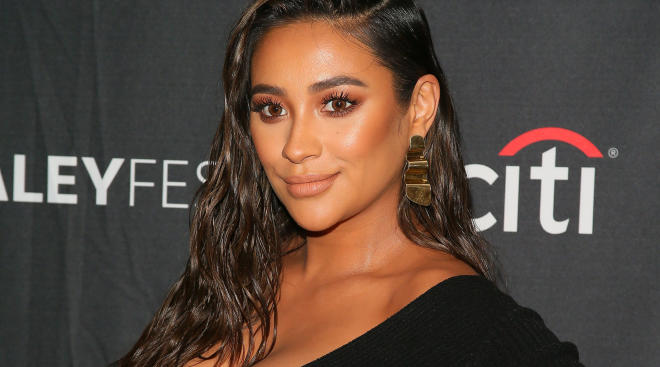 Actress Shay Mitchell is a mom! After 33 hours in labor, she welcomed a baby girl on Sunday, October 20. In her YouTube series, Almost Ready, which documents her pregnancy, she gave her followers a behind-the-scenes look into the delivery room.

The video starts with Mitchell feeling her water breaking, adding, “Thank God I’m wearing one of these diapers” (which she wore throughout pregnancy to thwart those too-frequent bathroom stops). But the footage becomes less light-hearted as her pain intensifies and she rushes to the hospital because she can no longer feel her baby moving. “The last time I felt pain like this, it was not a good experience,” Mitchell, who suffered a miscarriage in 2018, said.

The doctor was able to hear baby’s heartbeat, but he told Mitchell she wasn’t ready for the delivery room quite yet—and that they may be there a while. “It’s only been four hours,” he said. “When people break their water and their cervix isn’t very favorable, it takes a long time to deliver.”

Long is an understatement—but in hopes of a natural birth, the couple chose to wait for a while before inducing labor. Earlier in the series Mitchell learned that she may need a c-section. “It’s not just the surgery, it’s the recovery time,” she said in the episode. “I cannot be bed-ridden for however long it’s gonna be.”

Mitchell was given pitocin, a drug used to strengthen contractions, as well as an epidural—something she and boyfriend Matte Babel didn’t see eye to eye on earlier in the pregnancy. “Am I partial to no epidural? Yes,” Babel said in episode three of the series. “Why? Because I’m a hypochondriac. I’m afraid of drugs. My mom didn’t use an epidural … I meet women all the time who didn’t choose to use epidurals.”

Mitchell and Babel have previously disagreed on various aspects of her pregnancy. She even made him wear a pregnancy suit to better relate to her. So where was Babel while Mitchell was waiting to give birth? Napping on a couch in the delivery room, as the actress made sure to point out in the episode.

While there isn’t any footage of the actual delivery, the viewer can hear Mitchell’s emotional reaction to becoming a mom. The episode ends with footage of Mitchell and Babel holding their newborn. “This is definitely the most intense experience of my life. Matte and I are parents, and I can’t believe it and we thought pregnancy was a journey. I’m realizing we have just begun,” Mitchell said.