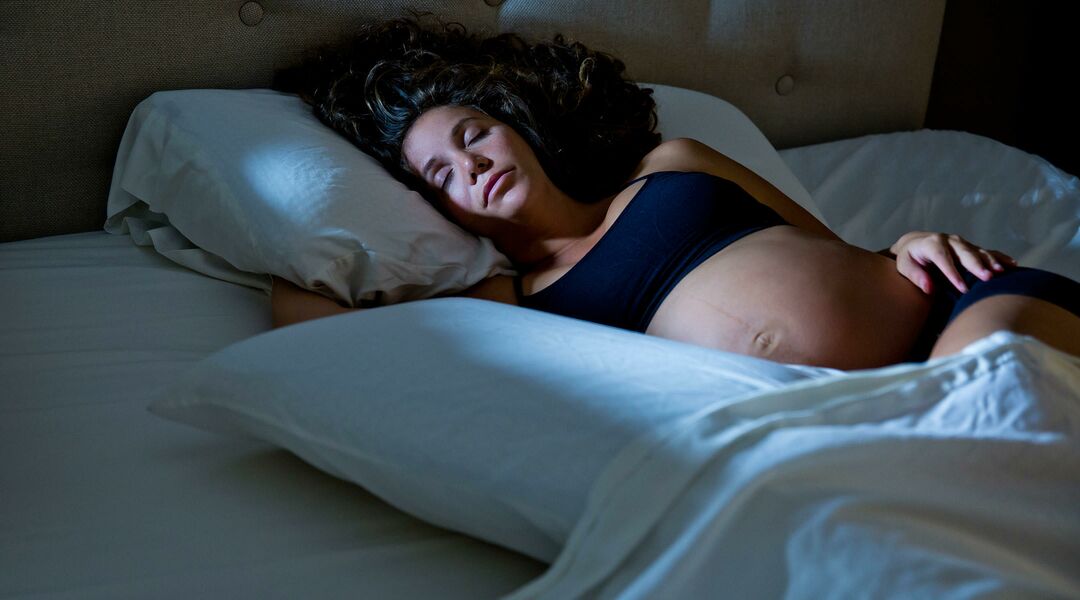 Stillbirths affect roughly one percent of pregnancies, and is defined as the death of a baby after 20 week of pregnancy but before birth. Even more rare is understanding what causes them to happen. But new research shows scientists have found that women are twice as likely to be at risk for stillbirth when she sleeps on her back in late pregnancy.

The study, published today in the British Journal of Obstetrics and Gynaecology, is the largest of its kind involving 1,000 women in the UK, with researchers interviewing 291 women who had a stillbirth and 733 women who had a live birth. It confirmed what four smaller, similar studies have already shown: After 28 weeks of pregnancy, there’s a link between the position a mom goes to sleep in and her likelihood of having a stillbirth. Specifically, moms who fall asleep on their back saw their chances of having a stillbirth increase 2.3 times over mothers who went to sleep on their left side. What’s more, those middle-of-the-night bathroom runs pregnant women are prone to actually helps reduce the risk of having a stillbirth.

But no need to panic if you fall asleep on your side but wake up on my back. “What I don’t want is for women to wake up flat on their back and think 'Oh my goodness, I’ve done something awful to my baby,’” Alexander Heazell, the study’s lead researcher and clinical director at Tommy’s Stillbirth Research Centre at St Mary’s Hospital in Manchester, tells the BBC. The key is the position in which you fall asleep, even if you’re only planning on taking a cat nap. And if you wake up in the middle of the night and discover you’ve turned over in your sleep, make sure to roll back over on your side before falling back asleep again.

While scientists can’t yet say for certain why the risk of stillbirth is higher for back sleepers, researchers estimate that about 130 babies’ lives could be saved if the mothers went to sleep on their sides. Other research also backs up the benefit of sleeping on your left side after the second trimester—it’s the best position to prevent blocking blood flow to the baby.

While changing your sleeping position can be hard, there are ways to make it more comfortable. A pregnancy pillow can be a game changer for many moms-to-be. You can also try bending your knees and placing a regular pillow between them, or between the side of your belly and the bed, or behind you back for added support.

Can You Sleep on Your Back During Late Pregnancy?