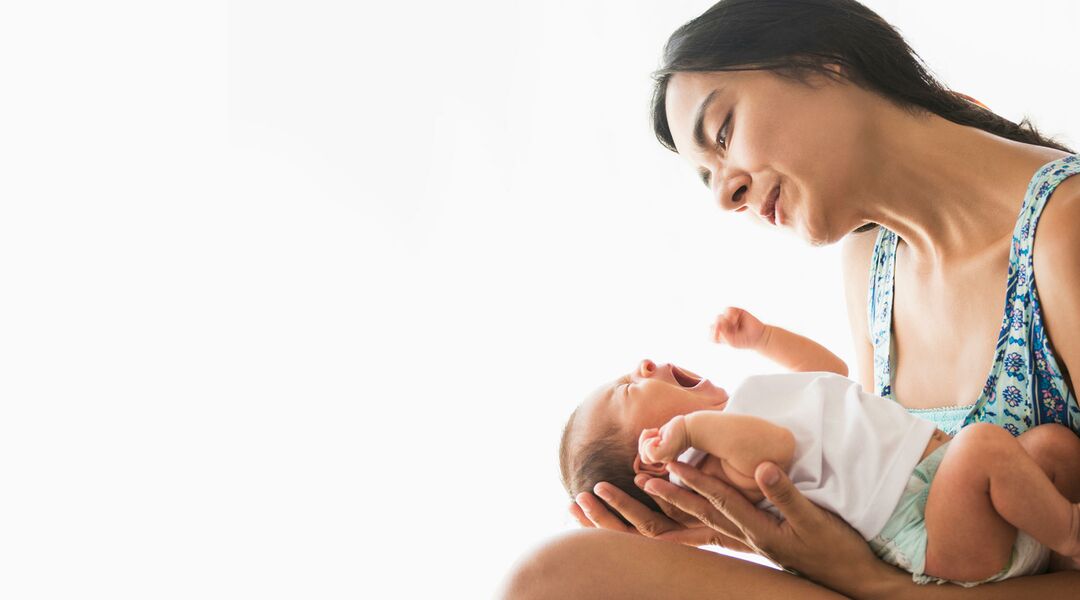 How Singing Benefits You and Baby

Regardless of your ability to carry a tune, you’ve probably found yourself singing to baby. We already know singing is an incredibly effective soothing tool—even more so than talking. But new research has determined it has big benefits for moms too.

Shannon de l'Etoile, professor of Music Therapy at the University of Miami Frost School of Music, looked at 70 mother-infant interactions to prove the power of song.

"Initially, I set out to identify infant behaviors in response to live infant-directed singing compared to other common maternal interactions such as reading books and playing with toys,” she says. "Findings revealed that when infants were engaged during song, their mother's instincts are also on high alert. Intuitively, when infant engagement declined, the mother adjusted her pitch, tempo or key to stimulate and regulate infant response."

De l'Etoile adds that for most moms, adusting their singing voices to evoke a reaction from baby seemed natural. Then, she dug a little deeper.

"The extraction and analysis of vocal data revealed that mothers with post-partum depression may lack sensitivity and emotional expression in their singing," she says. "Although the infants were still engaged during the interaction, the tempo did not change and was somewhat robotic."

The solution? Keep on singing. According to de l'Etoile, for the 10 to 15 percent of moms with postpartum depression, singing to baby is mutually beneficial. Infants get sensory stimulation while mothers "experience a much-needed distraction from the negative emotions and thoughts associated with depression, while also feeling empowered as a parent."

And de l'Etoile insists you don't need perfect pitch when it comes to this type of bonding with baby. You just need to be yourself.

"The tempo and key certainly don't need to be perfect or professional for mothers and infants to interact through song, she says. "In fact, infants may be drawn to the personalized tempo and pitch of their mother, which encourage them to direct their gaze toward and ultimately communicate through this gaze."