Because holding her hand would be too mainstream.
ByChristine Cordova
Associate Social Editor
PublishedJul 2017 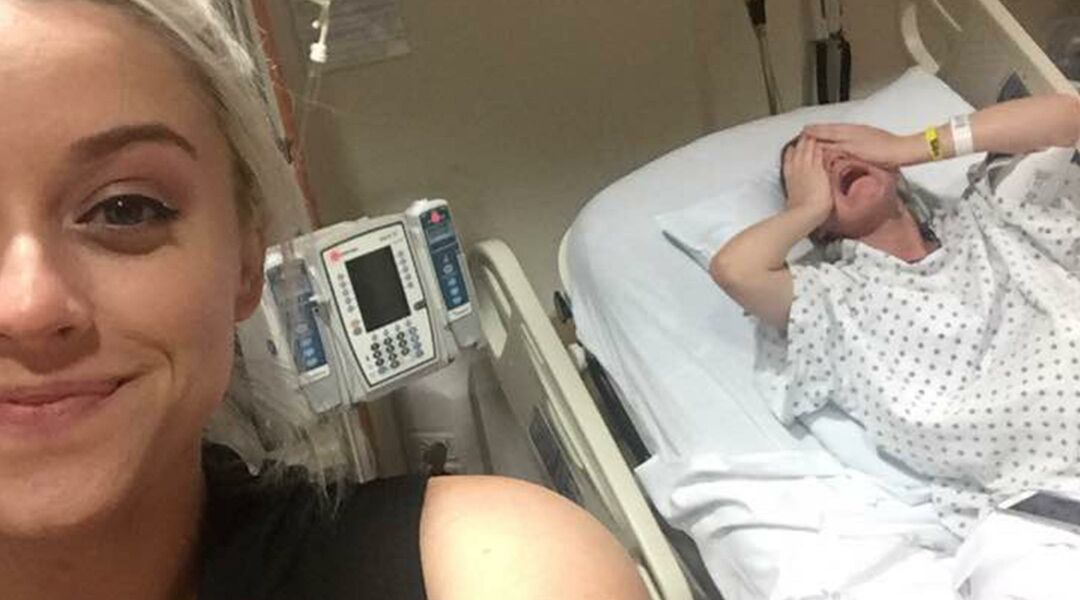 We’re not going to lie: labor lives up to its name. So when Kat Armendariz snapped a selfie of herself smiling while her sister appeared to be in some serious pain, the internet snapped back with some not-so-nice comments.

“SELFIE! While my sister is about to shove a baby out her vag,” Armendariz captioned her Imgur photo.

“If someone took my picture while I was in labor, I would make a point of keeping my placenta just so I could throw it at them,” one user wrote.

“If you’re already starving for attention this much, just wait for the baby to steal your thunder once it has come out,” wrote another user.

“You should eat her jello and give her advice that you read on the internet. I’m sure she’d appreciate it,” another user commented.

While Armendariz’s photo has drawn some criticism, the mom of five (including a set of twins) is no stranger to labor pains. And between the fact that Armendariz had her tubes tied and the fact her sister gave her permission to post the photo, the chances of her sister posting a revenge selfie are pretty low.

“She wasn’t in too much pain at first, so she thought it was pretty funny,” Armendariz told Mashable. “I told her I was going to do it, she just started the oxytocin and the labor pains began almost instantly. She started to feel it and right when she was like, ‘Oh my god I can’t take this,’ I took the photo.”

We thought this dad’s labor selfie would have taught partners and loved ones to keep cameras out of the delivery room. So if someone close to you is gearing up for birth, we’d recommend reading up on our delivery room dos and don’ts ASAP before you become the next topic of internet debate.