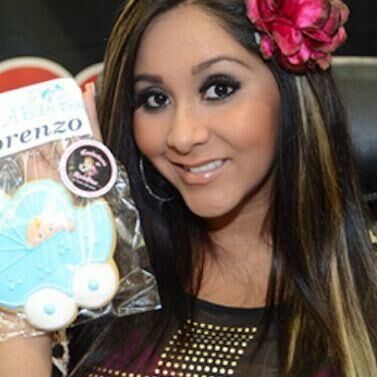 “The world just got another Guido!!!” a rep for the reality star told MTV. “Nicole, Jionni & Enzo are doing great!”

And this morning, Snooki tweeted, “I am SO IN LOVE with my son Lorenzo Dominic ! I had my little man last night, healthy at 6lbs! HE’S MY WORLD!”