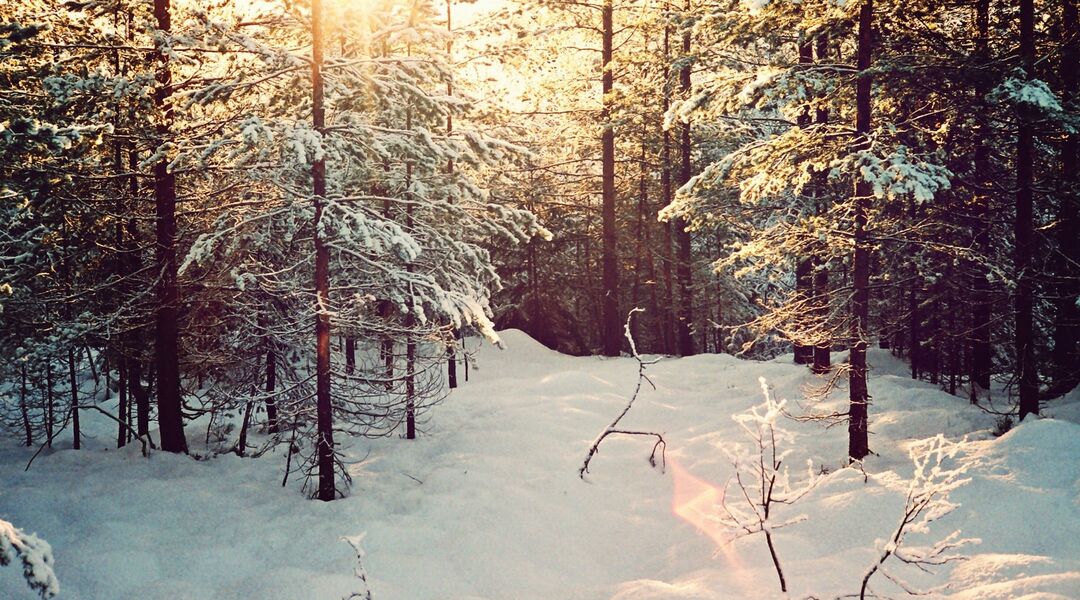 If inclimate weather has cancelled any of your plans this winter, you’re probably not going to relate to this one. When the northeast had its first major snowstorm, photographer Lorelei White texted her pregnant friend Lianna, excitedly confirming a maternity shoot for that weekend.

The shoot had been a long time coming, planned by the pair in the summer when Lianna found out she was pregnant. The problem: Once winter rolled around, the snow kept melting before the weekend, when they had time to photograph.

“Thursday when the first storm hit, we were texting each other back and forth: ‘Epic winter maternity session on!’” White writes on her blog. “We had a small window of time to do it. So Saturday my friend, her hubby and sister came over to my place. We went down to the edge of my property and in a matter of 30 minutes made magic happen.”

She’s not kidding. Take a look at the Billerica, Massachusetts, shoot.

(White’s husband deserves credit for this shot; he threw Lianna’s dress over and over until they’d nailed it.)

“The only [people] freezing were my friend’s support crew and me,” she writes.

White hopes the all the attention surrounding the photo will encourage other moms-to-be to embrace—and showcase—their beauty.

“I want more women to be brave and daring—to exist in photos,” she says. “I regret that I really don’t have many photos of me pregnant. I was so afraid of how I looked. We can’t keep making excuses.”

And don’t worry; she promises professionals can ensure you look your best. “We have the right lighting, gear and ways to captures you at your most beautiful.”