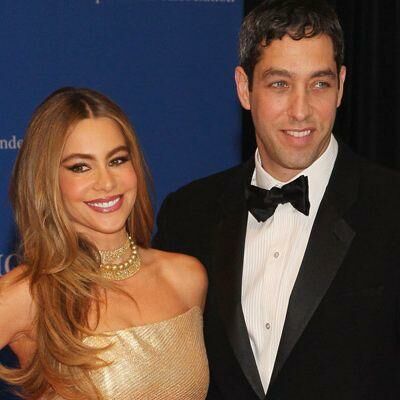 He didn’t intend for it to become publicized, but the complaint filed by Nick Loeb to protect two frozen embryos is now widespread and widely discussed. And largely because those embryos also belong to his ex-fiancée, Sofía Vergara.

For the first time, Loeb is offering his side of the story. In an op-ed for The New York Times, he touches on the logistics, ethics and personal significance of embryo creation, storage and destruction. And he’s posing some tough moral questions.

“In 2013, Sofía and I agreed to try to use in vitro fertilization and a surrogate to have children. We signed a form stating that any embryos created through the process could be brought to term only with both parties’ consent,” he writes. “The form did not specify — as California law requires — what would happen if we separated. I am asking to have it voided.”

Loeb continues, tracing his long-held desire to be a dad. Raised by his father (but admittedly, primarily by his nanny), Loeb’s yearning for a “Norman Rockwell painting”-type of family surfaced when his estranged mother died when he was 20 years old. But life kept getting in the way.

“When I was in my 20s, I had a girlfriend who had an abortion, and the decision was entirely out of my hands,” he says. “Ever since, I have dreamed about a boy at the age he would be now. Later, I was married for four years to a woman with whom I tried to have children, with help from a fertility specialist. The difficulties we had made me feel, more than ever, that the ability to create life was special.”

He then met Sofía Vergara in 2010, and the two were engaged two years later. That’s when Loeb really began to push for children, and Vergara insisted on using a surrogate. Their first embryo didn’t take. The surrogate miscarried on the second try. So a year later, they tried again.

“As we began to discuss other potential surrogates, it became clear once more that parenthood was much less urgent for her than it was for me,” Loeb says. “We had been together for over four years. As I was coming on 40, I gave her an ultimatum. When she refused, we split up.”

That’s why Loeb is now asking Vergara for the embryos, offering to cover all expenses and raise any resulting children. But Vergara is refusing.

“Many have asked me: Why not just move on and have a family of your own?” he says. “I have every intention of doing so. But that doesn’t mean I should let the two lives I have already created be destroyed or sit in a freezer until the end of time.”