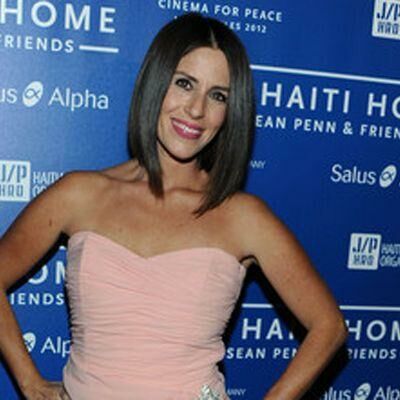 This week, we got to catch up child star turned amazing mom Soleil Moon Frye. The actress, who attended Target’s Halloween Party took some time to talk to The Bump about her family’s fall traditions, raising her two daughters Poet, 7, and Jagger, 5, and her hopes for two more babies.

The Bump: Now that fall is finally here, what are some family activities you have planned for the season?

Soleil Moon Frye: I have a few of them. I absolutely love to take the girls on walks and collect the fall leaves. I love to walk around and show them the leaves changing; it’s something I did with my mom as a little girl. We also love to decorate for Halloween, especially going to the pumpkin patch and picking out pumpkins.  We also love picking out our Halloween costumes. Sometimes a few of them, because the girls change their minds everyday. Right now, they’re going to be a witch, a fairy, a princess…pretty much everything!

TB: You mentioned Halloween, which is coming up soon. How do you celebrate Halloween with the girls?

SMF: We go all out. We decorate like crazy. We put lots of spider webs up. Jagger likes scary and Poet doesn’t like scary, so we try to balance the two. It’s so fun because it’s so festive and bright, and there’s something for everyone.

TB: That sounds like a good night. I know being eco-friendly is something that’s important to you. What are your tips on creating a more eco-friendly Halloween, whether it’s with decorations or costumes?

SMF: My biggest tip is creating costumes out of items you have. There are always boxes in the house, so take the boxes and turn them into something, like a present or a robot. My favorite costume that I ever had was homemade. My mom made me into the Statue of Liberty. We had no money and she literally wrapped me in tin foil and made me a torch and crown. It was the best costume ever, because I remember it so well. Plus, she put so much heart and love into it.

TB: That sounds so cute! Are you going to make your daughters’ costumes?

SMF: I always try to. Last year, Poet was “another being.” She had black wings and we sprayed on streaks so it looked like she had wings. It was crazy and amazing! She looked like she landed from another planet or something.

TB: That’s wild! You’re such a great example of a working mom. How do you balance your career and family, especially when you have to travel for work>

Soleil Moon Frye:  I try my best. I think it’s really important to tell people that they can be a working parent and a great parent. I don’t feel like you have to sacrifice one thing for the other, but you have to find that balance. For me, it’s just throwing everything up in the air and trying my best. I also think spending time with your kids and making it quality time is really important. Also, make sure they know that you care. I think just letting them know, even when you’re not with them, that you’re thinking of them. I try to leave lots of notes and things like that when I’m not there.

TB: It must be hard to be away from them. Would you ever consider having another child even with your schedule?

Soleil Moon Frye:  It’s on my mind like everyday! I want a third!

TB: Do you think you’d want another girl?

Soleil Moon Frye:  I just feel like if I have a third it will be another girl and I would be so into it. And then maybe the fourth would be a boy. Fingers crossed within the next year!

TB: We definitely will! You’ve clearly had a lot of amazing moments with your daughters, but what’s been your most memorable moment as a mom?

Soleil Moon Frye: There are so many! Definitely the moments that they were born. I also love when it’s quiet with all of us lying on the hammock, just relaxing. I also love when they turn out of the blue and say “I love you so much.” When that happens it’s sincere and their own doing coming from a place where they genuinely feel it. That makes my heart melt. The other day Poet came in when I got home from New York and she made me an envelope of treasures with a note in it. The fact that she had done it herself, and that she went and created it herself was so precious.

TB: It’s those little things that make being a mom so great! If you only had one tip to give new moms, what would it be?

What do you think of Soleil’s parenting tips?

What New Moms Need to Know About Breastfeeding and COVID-19

These Are the Best Feel Good Movies of All Time, Streaming Service Says

More Parents Are Turning to Cloth Diaper Businesses Among Shortages